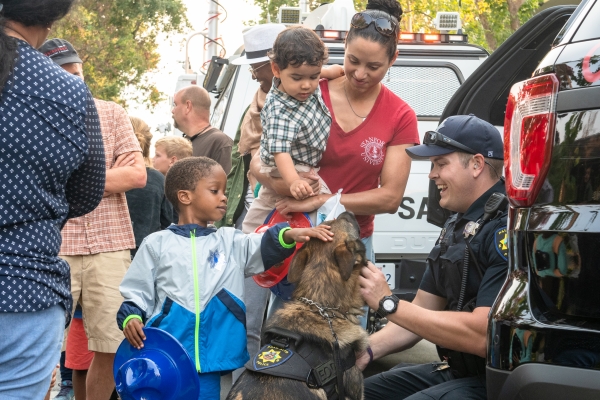 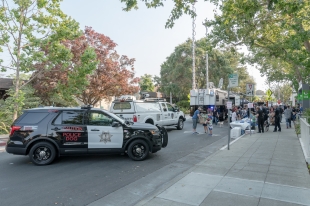 Multiple government departments sent out emergency vehicles for all to explore during National Night Out outside the Palo Alto Police Department on Aug. 7, 2018. Photo by Adam Pardee.

5 people like this
Posted by Resident
a resident of Another Palo Alto neighborhood
on Aug 8, 2018 at 9:50 am

A week ago I would have said that PAPD probably have so little to do that community policing in order to promote an event like this is just PR.

However, my thoughts have changed since the shooting in Safeway parking lot last week. It still makes me shudder to think that if one person can start shooting another who may have also had a gun, then the victim's response might have been to start shooting back. This happened in our Safeway at a time when I could have been shopping for something needed for the next morning's breakfast. Coupled with this is the shooting on the Bay Bridge that once again could have turned out to be a shoot out if someone in the targeted car had had a gun.

Life in Palo Alto is not as peaceful as we expect. It seems bad guys with guns can shoot their weapons almost anywhere. This effort by PAPD to help community welfare is not just welcome, but I think very necessary. They are there to help us when we need it and to be part of our community. Thank you to PAPD for their community spirit and their efforts to keep us all safe.

^ Grateful I was born here rather than Chicago.