Fundraising has yet to start in earnest for school board race

Newcomer collects most funds among five candidates with $2,500 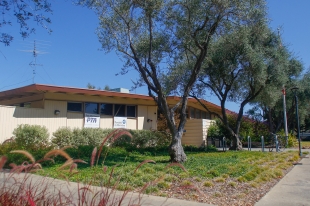 Fundraising for the Palo Alto Board of Education race has yet to heat up, with the candidates' newly released campaign finance statements showing little activity for the first six months of 2018.

Newcomer Shounak Dharap, a lawyer who graduated from Gunn High School in 2008, has raised the most through the end of June, with $2,500 in his campaign coffers. His mother, Chanda Dharap, and sister, Tanvi Dharap, contributed $500 and $100, respectively. Laura Jefferson, Dharap's wife (also a Gunn graduate) and an office manager at an artificial intelligence startup in Palo Alto, made a monetary contribution of $100 and $50 in website services.

Michelle Vierra, a marketing specialist who lives in Atherton, gave Dharap $500 and $167 in website services.

The only activity so far for incumbent Ken Dauber, the current school board president, was to forgive loans from his 2014 campaign. He forgave $3,852 and his wife Michele, $800. His campaign finance statement shows an ending cash balance of $1,645.

The only financial contribution on parent Kathy Jordan's statement is a $250 loan she gave her own campaign.

Stacey Ashlund, a special-education parent and advocate, has not raised any money to date.

Candidate Alex Scharf, a 2015 Palo Alto High School graduate, said that he has not received or spent any money yet (except on a campaign statement), as he formed his campaign committee in mid-July.

Who wants to give the money to those who don't know how to use it?

Like this comment
Posted by Resident
a resident of Another Palo Alto neighborhood
on Aug 1, 2018 at 11:57 am

A lawyer who had the right priorities, a special ed parent who is focused on solutions- my vote goes to Dharap and Aschlund. Single issue complainers with no focus on solutions do not get my vote. I want our schools to focus on education and not on the minority of adults who have a problem with everything. I am tired of our teachers and admin needing to resort to CYA because we as parents are breathing down their necks thinking we can do their jobs bette from our thrones! Walk in s teacher’s shoes for a day- teach a kinder or a high school class and you will know what it takes to do this job!

Repairing a Disagreement with your Beloved & “Physical” vs. “Social” Distancing
By Chandrama Anderson | 1 comment | 2,214 views