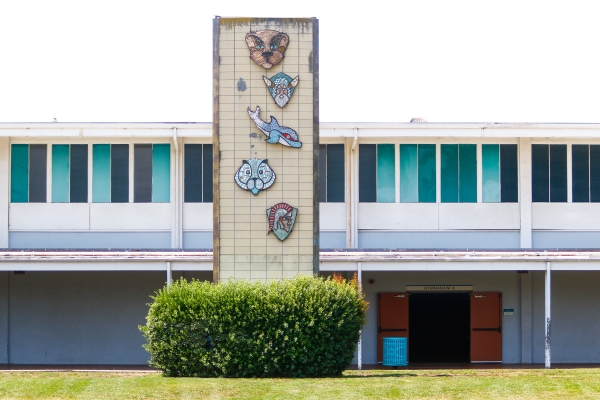 Once a high school, Cubberley Community Center is a sprawling but dilapidating site on 4000 Middlefield Road that the city and school district are planning to redevelop. Photo by Veronica Weber. 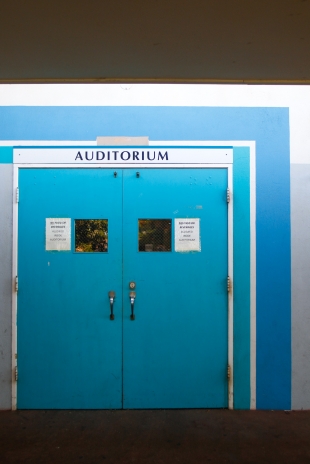 The city of Palo Alto and Palo Alto Unified have signed a new lease on the 35-acre Cubberley Community Center that calls for the completion of a master plan by Dec. 31, 2019. Photo by Veronica Weber.

Hiring a consultant for $665,000 is the classic example of insanity. At a time of financial issues with both the City Council and Board of Education, why continue to spend money when this issue has been around for almost 10 years once Foothill College decided not to renew its lease at Cubberley. The Communty Advisory Commitee was unsuccessful in its efforts to reach a solution.The City Council does need a permanent home for its community tenants and the Board of Education has a vision for future high school there. The City’s eight acre could be allocated for teachers’ housing. I favor that the City sell the eight acres to the Board since the Board has ultimate approval for any decision. Then the Council can be free to move on from a worn down Cubberley. The Council and Board just need to sit down and work it out
without consultants.


They couldn't find a local firm with some knowledge of our community?

Bureaucracy is the word.
This was a wonderful, centrallly and ideally located high school. It should be a public school again. I am leery of joint “visions” (ooh, cool term!)
Stick to the fundamentals. Otherwise, outlier elements will unnecesarily gain an upper hand in this gem. Money will be wasted, for years, on things like endless argumemts with the building contractor and the planting wall in the front of Mitchell Park Library - a scrawny, oddball distraction and expense.
Stick to the principal needs now and in the future: a top facility for Palo Alto public education. Don’t even dream of leasing this location out in a sweetheart deal to commercial outfits like Challenger!
PAUSD betterblook out for our interests!

Report Objectionable Content
Email Town Square Moderator
10 people like this
Posted by YSK
a resident of Community Center
on Jun 24, 2018 at 7:16 pm

More gentrification BS. People rent out spaces and gyms and the fields at Cubberley, it's vital as a community center. Stop screwing up Palo Alto!

Report Objectionable Content
Email Town Square Moderator
9 people like this
Posted by Juan
a resident of Mountain View
on Jun 24, 2018 at 7:53 pm

The athletic fields are a great asset to the community, there are hundreds of kids playing soccer, softball and baseball on any given Saturday morning. The art / dance / music classes are nice also. Cubberley is perfectly fine as-is, maybe some buildings need to be improved seismically, otherwise what really needs to change? I saw a report that the high school may need to be reopened in the next 10-20 years, if that's the case then it's a big mistake to change anything about Cubberley.

Report Objectionable Content
Email Town Square Moderator
8 people like this
Posted by Cubberley Fan
a resident of Community Center
on Jun 24, 2018 at 9:22 pm

Cubberley really is a "hidden gem." Most people have no idea what kind of wonderful things are going on there. Activities and classes of all sorts, several day-care facilities and private schools that are arguably superior to PA public schools.

Concordia has much experience coordinating redesigns of properties similar to this. They were selected through an RFP process. They intend to have several meetings open to EVERYONE to discuss desires for updated facilities. My only fear is that with extensive new construction, rental/lease rates will rise considerably and many of the existing tenants and renters would no longer be able to afford to hold their activities in the updated facilities...

Hopefully, attention will be paid to the WALLS in the building. Fitness classes have been drowned out by the noise of the adjoining athletic (basketball) classes. Why can't something be done about the paper thin walls? This facility can be updated if the "powers that be" will take the time to include an upgrade.

Adding teacher housing is such a great idea ! We are loosing good talent due to the atrocious housing prices, which one cannot quite afford on a teacher's salary ( specially if the salary is the single income )


Report Objectionable Content
Email Town Square Moderator
4 people like this
Posted by DoNotSell
a resident of Palo Verde School
on Jun 28, 2018 at 11:42 am

DO NOT SELL! I repeat, DO NOT SELL!
Once gone, especially for housing, you CANNOT EVER GET IT BACK AGAIN.
The open space and the potential use for school/community building needs far outweigh any monetary gain and losing the land forever.
By the way, we the people own that land. I don't care what portion is "the City's" and what portion is "the School Board's". Ultimately the public owns all the land.

Dont sell the space. It can never be got back. The theater has been a wonderful thing over the years. Increase use of theater space for performances etc. It is not that run down. The 600k consultant fee could fix it up. I have seen all sorts of famous people at cubberly over the last 30 yrs. not one complained about space or facility.