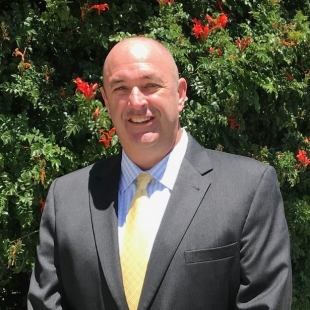 “They would report something that was knowingly false, easily proven false. I would give them the documents and show what the reality was and they would discard them and continue with the false narrative.”

That’s exactly what our 504 meetings here were like!!! Our current head of special ed is just like that! So many in 25 Churchill just unable to incorporate mainstream, incontrovertibke facts into their agenda-driven worldviews no matter what you show them, and if you persist in just trying to get them to look at the evidence in their own actions, they retaliate.

I like him better than the last two already. It won’t make mich difference if they get him to buy their BS. Sounds like he might just be able to listen to facts.

Sounds fantastic, looking forward to meeting him. We have so many smart but dumb people here with elite college degrees. Someone who has administration and business sense would be a breath of fresh air. It’s the business people with street smarts who rule the world.

Report Objectionable Content
Email Town Square Moderator
6 people like this
Posted by Dishonest
a resident of another community
on May 21, 2018 at 3:04 pm

Do NOT believe Kuykenall's comments. He is one of few overpaid and underwhelming administrators on team Don Austin and I am sure he got a nice pat on the back for his positive (yet false) feedback. In fact, I bet Don Austin told Kuykendall to use the word "hysteria" to refer to anyone that disagrees with him as that is his MO. He treats opposition like a mortal enemy and drowns out their opinion by referring to them as hysterical or crazy. Not only that, the term "hysteria" is very SEXIST and is typically associated with irrational women which is classic Don Austin. Just pay attention Palo Alto, all of the red flags are present and obvious.

The only small group in PV related to opinions re Don Austin is the small group that has something positive to say about him. There is no small silent group of dissention, the majority dislike Don Austin and only the courageous few speak out against him and endure his evil revenge.

Trent is on the Don Austin payroll too. He is not fair, neutral or a trusted opinion. Lets hope he resigns too.


Report Objectionable Content
Email Town Square Moderator
4 people like this
Posted by Pvreality
a resident of Palo Alto High School
on May 23, 2018 at 6:25 pm

Thank you Palo Alto! I am laughing at how any resistance to the many poor Austin decisions/programs is referred to as hysteria, disinformation, etc. [Portion removed.] He was able to get a solar project passed in which the solar company, the only company Austin allowed to bid on the project, was caught [making] misleading favorable projections that were proven wrong by millions of dollars, before the project was approved. He still recommended it and our “lap-dog” board approved it.......all this occurred with just one public meeting. Thank goodness those “hysterical” PV residents did not give up and the facts finally came to light, killing the very suspicious project.

I’m putting the over/under bet at 2 years. At that point you’ll be wondering why Austin is referring to you as “hysterical”, “misinformed”, and putting “false information” out into the public domain, when you oppose one of his “good” ideas. [Portion removed.]

Report Objectionable Content
Email Town Square Moderator
1 person likes this
Posted by Bullied
a resident of Charleston Meadows
on May 25, 2018 at 8:18 am