Stumbling — and navigating — through Silicon Valley 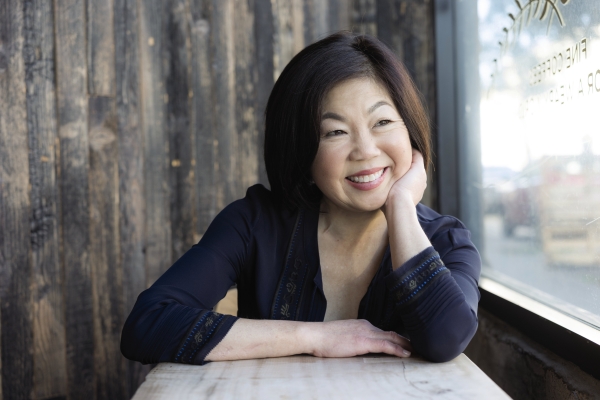 After spending decades working in Silicon Valley, Anna Yen has released "Sophia of Silicon Valley," a fictional story based on her experiences that she hopes others will use as a playbook of survival tactics as they navigate the startup world. Photo courtesy Anna Yen. 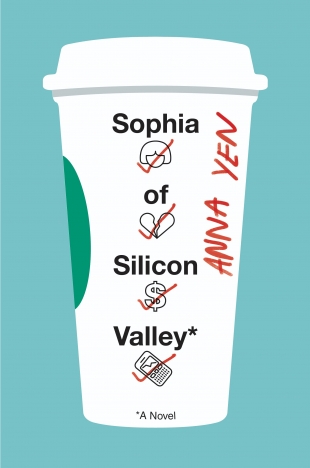 Anna Yen's new book "Sophia of Silicon Valley," is based on her own life of putting up with stereotypes both as a woman and an Asian-American in a male-dominated industry. Image courtesy Anna Yen.

Anna Yen has spent decades navigating the ins and outs of Silicon Valley, launching startups and working in top positions at companies including Tesla Motors, Zoosk and MarketWatch.

The journey, however, hasn't all been smooth sailing.

She's gotten into trouble with her blunt personality and has had to put up with stereotypes both as a woman and an Asian-American in a male-dominated industry. But, she said, she's learned a lot along the way.

Now she wants to share insider tips and help others get through the "madness of life" with her new novel, "Sophia of Silicon Valley."

"I've been in the valley for 20-25 years now and I see a cultural change happening. What I wanted to do was write down a playbook of survival tactics," she said.

In the book, protagonist Sophia stumbles through but ultimately navigates fast-paced industries and rigorous roles, beginning at a top investment bank, then being hand-picked for a position at a well-known animated-film company and ultimately being hired to run investor relations for an electric-car company, Ion.

Written in a roman à clef format, the book is based on Yen's own life. The italic parts of the book, she said, which present the protagonist's internal musings, are her own thoughts.

"Sophia and I are very much the same person, character and personality wise. (The book) is very autobiographical," she said.

The plot depicts ridiculous and sticky situations mirroring ones she's encountered in her career as well as life lessons she discovered.

In one chapter, Sophia struggles to get special cookies that have to be ordered in advance for her boss, who wants them immediately. She hears her mother's voice in her head: "There's no such thing as 'no.'" In another situation, she gets away with a parking violation after she yells at a police officer in frustration, profanity included.

Working as hard as she can to meet the seemingly impossible expectations that come with her position, she reflects on her life's trajectory.

"Me! The girl who prided herself more on her college nickname ('Party Ball') than on any academic achievement is now Scott's investor-relations guru, i.e., the evangelizer of his company to Wall Street," Sophia states in the prologue. "I know exactly how it happened. Unreasonable immigrant parents, a 'life is short' attitude and a mouth I can't seem to fully control. I've been trained since birth to get what I want; now I use this 'skill' to get my bosses whatever they want. I've made it into the inner circle."

Yen encourages women to fearlessly express their thoughts. At the very least, if someone doesn't like the idea or criticizes it, it'll open up conversation, she said.

"I feel strongly that women should voice their opinions. In the book you've got this real smart-ass loud-mouth female character," she said. "I show that her mouth gets her into trouble, but ultimately (these traits) work to her benefit and allow her to be herself. ... We have to be true to ourselves."

Yen attributes her bold personality to her Asian immigrant parents. But she said despite being stereotyped — she's had "bad Chinese driver" insults thrown at her on the road, been labeled as the "Chinese one" and expected to be more reserved and quiet in the workplace — she attributes her success to speaking without sugarcoating.

"Coming from a traditional Asian family has affected and impacted my career path and who I was. ... My family didn't have any filtered comments, and I think for the most part that's probably why I was hired in many situations," she said.

In writing the book, Yen also wanted to paint a better picture of the "interesting icons" of Silicon Valley. The main character's three main mentors — Scott Kraft, Grant Vickers and Andre Stark — all represent industry leaders with whom she's worked and who've influenced her.

"If anything, this is a great map for great leadership," she said. "It's important to me that I show what great mentors these people are."

Although she has no background in writing or publishing, she began the book three years ago and said writing the first draft only took six months; editing it took her another year.

A woman she met at a local dog park happened to be a literary agent and encouraged her to write the book. She now has an idea for another book in mind, since there so many stories didn't make it into the first one.

The book is intended for people of all ages: from young professionals entering the workforce to someone who is no longer employed to "anyone who remembers what it was like getting out of college and not knowing what to do, being intimidated by people," she said.

Yen said she wanted to inspire and advise her nieces and nephews, who are in their 20s and beginning their professional lives.

"Everyone has their own challenges," she said. "It's just about attitudes and perspectives they might want to consider."

Yen will appear at Kepler's Books in Menlo Park on April 26. More information is posted at keplers.org.

Singapore's oldest cafe was about to open in Palo Alto. Then, the coronavirus hit.
By Elena Kadvany | 4 comments | 7,567 views

Repairing a Disagreement with your Beloved & “Physical” vs. “Social” Distancing
By Chandrama Anderson | 2 comments | 3,080 views