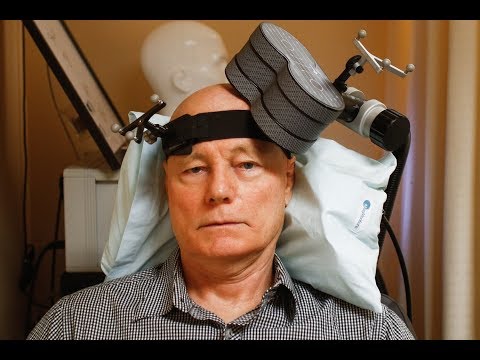 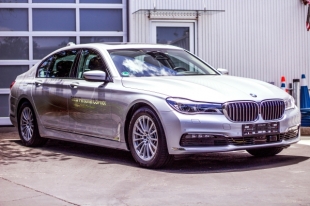 The BMW Group Technology Office USA in Mountain View has been working on an autonomous 5 Series sedan. The Palo Alto Weekly's story on the car industry in Silicon Valley won first place at a statewide contest. Photo by Ben Hacker.

The community newspaper also received five second-place awards in arts and entertainment, coverage of local government, editorial comment, in-depth reporting and investigative reporting. They were among a total of 15 awards and 10 finalist entries for the Weekly in the statewide contest hosted by the California News Publishers Association.

Journalists from states outside of California selected the winners of the annual competition from among daily, weekly and school newspapers out of thousands of entries.

The Weekly, which employs a newsroom staff of 11 journalists under Editor-in-Chief Jocelyn Dong, competed against other weekly newspapers with circulations of more than 25,000.

About the newspaper's first-place front-page layouts and design, judges said there was an "excellent use of words that not only tell the story, but work well with the very creative & well-executed graphics."

About Veronica Weber and Dong's second-place story on homelessness in Palo Alto, judges said the article "contrasted the challenges that a relatively affluent community faces in dealing with these, humanizing the concerns surrounding the issue by really showing the personal impacts."

About Elena Kadvany's second-place investigative reporting story on the school district's failure to reopen union negotiations the judges wrote: "It just shows that print journalism can still have an impact in local communities striving to keep government agencies honest and accountable to the people they serve -- or potentially have them suffer the consequences if they don't."

The work reviewed was published in 2017.

The award-winning articles and columns were:

• Enterprise News Story or Series: Guardians of the Code by Gennady Sheyner

• Coverage of Business News: Short on staff by Elena Kadvany

• Feature Story: The wave that changed the world by Linda Taaffe

Founded in 1979 by Publisher and CEO Bill Johnson, the Palo Alto Weekly produces a Friday print edition; a daily e-edition, Express; a weekly A&E e-edition, Weekend Express; and the news and community website PaloAltoOnline.com, which hosts Town Square, the online discussion forum, among other features. PaloAltoOnline.com can also be accessed through the iPhone and Android apps, "Palo Alto." The Weekly's social-media sites include Twitter.com/paloaltoweekly and Facebook.com/paloaltoonline.

The California News Publishers Association is a nonprofit trade association for more than 800 publications. Founded in 1888, it represents daily and weekly newspapers and news websites throughout California.

Amazing, congrats to the Weekly staff! is a registered user.


This is a very impressive result. Congratulations to all the folks who work so hard to bring us an excellent, informative paper every week. Bill J won 1st, 2nd, and 3rd place in Editorial Comment??! And awards were spread across the writers, designers, etc. Really, really impressive. Congrats again.

Congratulations to Gennady and Elena. Democracy in Action (:

LOL. So the good old boy network of small town advertising journals got together and divided up some prizes among themselves. Why doesn’t the weekly cover the entire event instead of just tooting it’s own horn???
So bill Johnson takes credit for the editorials. Not surprising given that many of these “ editorials” are actually propaganda, pushing an agenda being peddled by Johnson, which is favorable to a certain number of very vocal women in the community.

Singapore's oldest cafe was about to open in Palo Alto. Then, the coronavirus hit.
By Elena Kadvany | 2 comments | 4,925 views

A Pragmatic Approach to A Trillion Trees
By Sherry Listgarten | 4 comments | 4,144 views

Repairing a Disagreement with your Beloved & “Physical” vs. “Social” Distancing
By Chandrama Anderson | 2 comments | 2,827 views