Allan and Mary Seid, Shashank Joshi, Ada's Café and SAP to be honored for community work 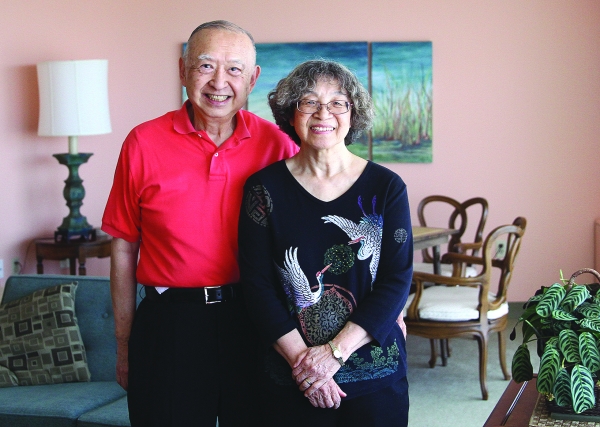 Longtime Palo Altans Allan and Mary Seid have spent more than five decades devoting themselves to social causes and fighting injustice. They have been named this year's Outstanding Citizen Volunteers. Photo by Veronica Weber. 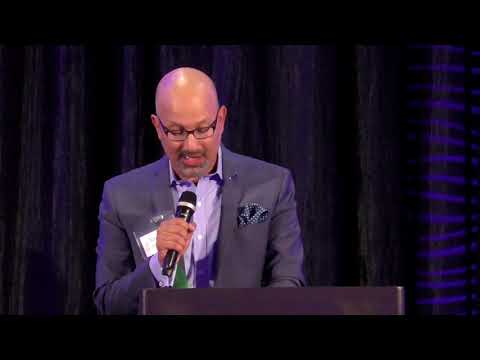 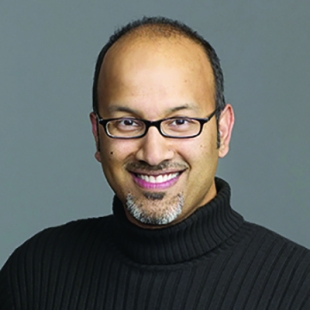 Shashank Joshi, associate professor of psychiatry and behavioral sciences at Stanford University, has played a central role in addressing mental-health issues at Palo Alto schools. He has been named this year's Outstanding Professional. Weekly file photo.

Five dedicated individuals and organizations that have focused on social causes, mental-health issues, sustainability, workplace diversity and helping those with disabilities will be honored at the 2018 Tall Tree awards on May 17 at Palo Alto's Crowne Plaza Hotel.

The 39th annual event, sponsored by the Palo Alto Chamber of Commerce and the Palo Alto Weekly, will recognize Allan and Mary Seid, Shashank Joshi, Ada's Café and SAP.

Allan and Mary Seid are receiving the award for Outstanding Citizen Volunteer.

For more than 50 years, the longtime Palo Altans have devoted themselves to social causes and fighting injustice.

"The Seids have repeatedly stepped up when their community has called upon them to do so, and Palo Alto would not be what it is today without them," Santa Clara County Supervisor Joe Simitian wrote in a letter supporting their nomination.

Together, the Seids co-founded Asian Americans for Community Involvement in 1973 to advocate for Asian-Americans and other minorities living in Santa Clara County. The organization assists non-English-speaking immigrants with health care, legal and government services.

In the midst of raising a family, Mary worked alongside the Palo Alto Council of PTAs to ensure that textbooks used in California's pubic schools would be free of race and gender bias — a three-year effort that led to a statewide mandate. She also taught Asian-American studies at local colleges.

Both Seids partnered with the Palo Alto Unified School District in 2014 to address a growing number of suicides among high school students by establishing school-based counseling and support services.

Shashank Joshi is receiving the award for Outstanding Professional.

Joshi has gone beyond his role as associate professor of psychiatry and behavioral sciences at Stanford University to assist troubled youth in the Palo Alto area. As a suicide-prevention expert, he played a central role in the community response to the mental health crises apparent among high school students in Palo Alto in 2009 after a cluster of suicides.

Joshi is a founding member of Project Safety Net, formed to prevent teenage suicide and promote youth well-being. The organization aims to develop and implement an effective, comprehensive community-based mental health plan with strategies that together provide a "safety net."

Joshi is a mental health consultant for Palo Alto Unified and collaborates with teachers and administrators at Gunn High School to help identify students with mental health risks. Through the organization, he has played a role in supporting the creation of the school district's suicide prevention toolkit, organized mental health awareness campaigns and brought in more students to work with the organization.

Ada's Café is receiving the award for Outstanding Nonprofit.

Since 2012, the nonprofit has empowered people with disabilities through work opportunities, changing the face of retail out of a small, inviting coffee shop next to the Mitchell Park Library and in the commercial kitchen in Mountain View, where all the food is made with organic ingredients.

Kathleen Foley-Hughes, a longtime Palo Altan and mother of four, founded the nonprofit that began with catering gigs and expanded to a café open seven days a week.

"Our goal is to bring people together that usually don't have an opportunity to connect," Foley-Hughes told the Weekly before the organization opened its Mitchell Park location in 2014.

Ada's has hired more than 50 adults with developmental disabilities and has integrated students from several local schools into its summer intern program.

Al Kenrick, a Wells Fargo Bank regional manager who has worked with Ada's, said he believes the cafe is changing the perception of what it means to have a disability.

"By integrating current high school students into its programs today, Ada's is sowing the seeds of positive change in the minds of tomorrow's leaders," Kenrick wrote in a letter supporting the Ada's nomination.

SAP is receiving the award for Outstanding Business.

Tech giant SAP is known worldwide as a leader in enterprise application software, but locally, the company's Stanford Research Park campus is recognized for its community partnerships, sustainability efforts and dedication to workplace diversity.

As a zero-waste campus, SAP runs off of 99 percent renewable energy credits, has installed more than 650 solar panels, and on average, saves 3.1 million gallons of water at its data canters annually.

As a partner of the Foundation for a College Education in East Palo Alto, many SAP employees have mentored students through various programs. Employees also have worked with the foundation through SAP Social Sabbatical, a pro bono volunteer program where employees are given a six-week leave to provide their expertise toward helping nonprofits solve challenges.

By 2017, women made up one in four management positions and the number of female leaders rose from 18 percent to 25 percent over the past six years, according to a company press release.

More information about the Tall Tree Awards, including ticket information, can be found at paloaltochamber.com.

About the video: On May 17, 2018 the Palo Alto Chamber of Commerce and the Palo Alto Weekly presented the 2018 Tall Tree Awards honoring the outstanding professional, business, citizen volunteer and nonprofit. Video by Palo Alto Online.

Congratulations to Dr. Allan and Mary Seid, as well as the other honorees. Great to see a set of honorees who are diverse contributors to our city.

Congratulations to Ada's Cafe and to Dr. Allan Seid and his wife Mary Seid. You are all well deserved organization and individuals!

I wrote a support letter to nominate Ada's Cafe for a Palo Alto Chamber of Commerce/Palo Alto Weekly 2018 Tall Tree Award as “Outstanding Non-Profit.” In this letter, I wrote: "I am very impressed with the work that Ada’s Café is doing in the café at Mitchell Park and at its commercial kitchen. Ada’s is a non-profit organization that exists to create job opportunities for adults with disabilities, while also engaging with local community with its offering of high quality food and varieties of drinks. As a local café, it has to compete every day against the likes of Peets, Starbucks, Philz and Mikes Cafe as well as a number of local catering companies. Despite the competitive commercial pressures, Ada’s Café manages to create opportunities for adults with disabilities like my daughter to engage with customers, prepare high-quality, retail ready food in the kitchen and be responsible for value added, “front-of-the-house” jobs that are integral to the business and to public awareness of disabilities and diversities among us. "

I highly recommend people to visit Ada's Cafe next to Mitchell Park Library. Your purchases and orderings are the best support for this thriving business and an asset in our community!

Who deserves this more? No one I know.

These local restaurants are donating meals to Bay Area residents in need. Here's how to help.
By Elena Kadvany | 6 comments | 11,407 views

Coronavirus: Plan ahead now for a big outbreak
By Diana Diamond | 20 comments | 4,336 views

Will the Coronavirus Save Lives?
By Sherry Listgarten | 29 comments | 4,026 views

The first few seconds after awakening; before I remember the virus
By Chandrama Anderson | 0 comments | 1,184 views