Also, how Olympians with roots in Palo Alto performed 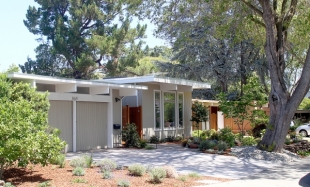 Like this comment
Posted by Resident
a resident of Another Palo Alto neighborhood
on Feb 25, 2018 at 1:56 pm

Bike Shares (and presumable scooter shares) will only make sense if they can cross city boundaries. For many in south Palo Alto, getting to see a movie or to the nearest Caltrain station means getting to Mountain View. Likewise, those for north Palo Alto with Menlo Park. Unless a program is interactive with our neighbors, it will limit the usefulness for many.

It's great to have alternatives. Before selecting a vendor I hope they ask a lot of questions about return and recovery of scooters or bikes left by borrowers. Seattle, Portland, and Dallas experience hundreds of bikes littering neighborhoods, parks, and freeway on-ramps. It is really noticeable on weekends. Seems there are multiple vendors (OfO, Lime Bike, etc) and companies are slow to collect the bikes. Just search "bike share litter"

Electric scooter with seat has been the best choice since it gives more supports and features when comparing with the traditional ones.
you have visit my site Web Link