Michael Airo, who taught at Ohlone Elementary, is accused of abusing girlfriend's daughter over four years 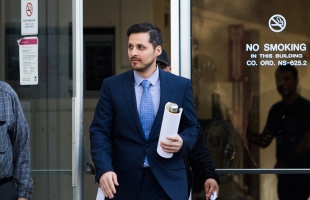 Report Objectionable Content
Email Town Square Moderator
3 people like this
Posted by PA
a resident of El Carmelo School
on Feb 7, 2018 at 1:35 pm

Report Objectionable Content
Email Town Square Moderator
4 people like this
Posted by @PAFreePress
a resident of another community
on Feb 7, 2018 at 2:17 pm

“Danner denied Armstrong's motion and said there was "evidence of duress" based on Doe's testimony, Walsh wrote in an email to the Weekly.” This is biased shameful reporting. If you have an in with the prosecutor Welsh, than report factual information to the public..back-up your claim... You may be able to get away with fakenews with the rest of the public. But not us.... You reported hearsay information....