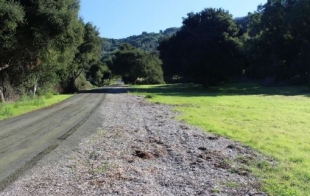 7 people like this
Posted by Resident
a resident of Another Palo Alto neighborhood
on Jan 31, 2018 at 9:54 am

Any estimate of when the closed trails in the park will be reopened?

Let it be. is a registered user.


"a hilly, largely undeveloped parcel with 2 acres of flat land that includes the nursery and a path leading to the creek."

Sounds lovely the way it is. Don't touch it.

The annoying flower pot bike project cost 9 millions. Now there is no money for the park. Wrong priorities!

Report Objectionable Content
Email Town Square Moderator
18 people like this
Posted by Anonymous
a resident of Another Palo Alto neighborhood
on Jan 31, 2018 at 9:02 pm

And how much did Arrillaga pay to lease this land and use it as a quarry from 1996 to 2005? Maybe the city should asked this renter to cover the cost for restoration.

Flying: How to lower your impact
By Sherry Listgarten | 7 comments | 1,806 views