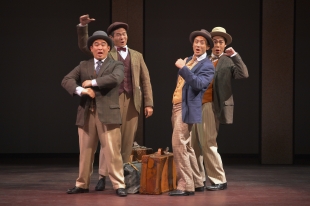 "The Four Immigrants - An American Musical Manga" made its premiere with TheatreWorks Silicon Valley. Photo by Kevin Berne.