Splashin' on the stage

Broadway by the Bay presents 'Singin' in the Rain' 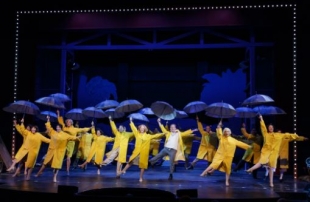 The cast of "Singin' in the Rain" performs the title number. Photo by Mark Kitaoka/Tracy Martin.

Flying: How to lower your impact
By Sherry Listgarten | 6 comments | 1,654 views