'Musical Manga' is a marvel 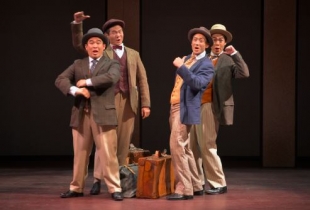 Our family and friends saw this production on Tuesday night. It was simply wonderful. Light-hearted moments, comedic moments, and moments where we all teared up were part of the experience. The staging was so effective, the singers were wonderful, and the music was great.
We can't recommend it highly enough.