Why the bad rap? 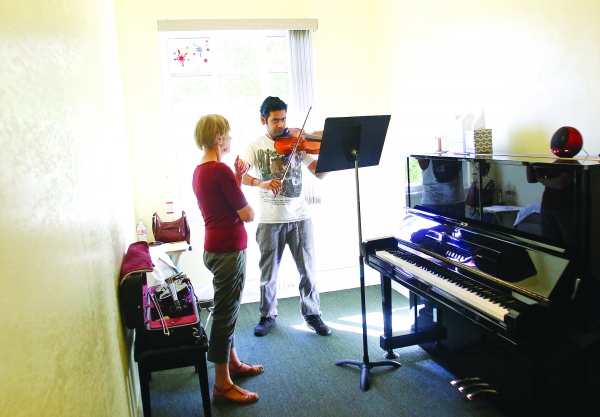 5 people like this
Posted by MoreEnforcement
a resident of Downtown North
on Jul 14, 2017 at 9:19 am

Thank you code enforcement! Please stop walking that line as finely as you have. The word is out in Palo Alto that we don't enforce much. Its really time for a bit of crackdown to send the message that its time to pay attention to these ordinances. People may grumble at first but I think we'll all fine that things work more smoothly once everyone starts playing by the rules. Currently too many people are rewarded for cheating. People privatize the public right away but building fences, putting up tables etc. Buildings are used illegally for offices - please do a sweep in Evergreen Park as part of the new RPP - there are several buildings that are supposed to be part residential that appear to be 100% office. Please enforce our sign ordinance - the clutter and visual noise is ratcheting up. ANd PLEASE PLEASE crack down on the hacker hotels and large businesses running out of residential homes. Those caught will complain but the silent majority will be very thankfule

'Are they ready for fully innovative Indian food?' Ettan arrives in Palo Alto with chaat, caviar and a secret menu
By Elena Kadvany | 0 comments | 3,613 views

Flying: How to lower your impact
By Sherry Listgarten | 11 comments | 2,590 views