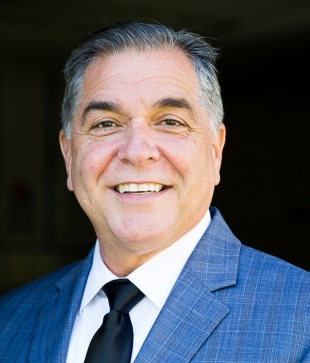 What? Gloria Hernandez will hire someone when she claims that she has to lay off a lot of employees? This might be a joke. If I was Maurice Ghysels I would not give my notice to the current employer. It is not a deal yet? The community will speak up!

Where do you get your facts to write these stories? This district has had a comprehensive middle school for years. They pretend that they don't have a middle school, and that this is the problem with their success. They act like this is some big miracle that will change things. Nonsense! If you have followed Ravenswood City Schools, you know they have had two middles schools for many many years. The rest of the schools are K-8 or K-6. This is one more lie to add to the long list of lies from Gloria Hernandez-Goff to cover her failing behind.

Flabbergasted
You are so right on. I see that the same two board members who are very good friends to the principals are the ones who always agree to whatever Ms. Hernandez says. These issue has nothing been presented to the rest of the board members. At least not for the last two meetings, so they have not vote on it. If they really need to hire someone, can we do better? and and not hire someone who:
Was superintendent of Mountain View Whisman School District from 2005 to 2010 and left after he disclosed to its school board that he and the principal of Landel's Elementary schools were involved in an extramarital affair. The fact that he did this while being a superintendent does not speak well of him. No wonder he does not last in his jobs. If he cannot keep his pants on, he should go work somewhere else. (Thanks Palo Alto on Line for not hiding this fact), so we can make better choices. Also It does not make sense why would someone go and make less money. Perhaps there he has not done a great job as a sulper in Menlo Park, and he needed to find something soon.
Again this one of the hiring tactis of Ms. Hernandez, she probably owes him favors. The qustion is what kind of favors? I guess we shall be happy that she is hot hiring his son, the ones who flirts a lot with the young teachers. I guess Mr. Maurice Ghysels will become good friends with Gloria's son, or may be they already are.
Also Ms. Hernandez needs a helper because instead of focusing at her job responsibilities, she tries to get into things that are not her bussiness such as: there was a group of volunteers who used to managed the food bank, but she made her way into and kicked them out because she wants to be in control, so people say "she is so good she feeds the poor! But really what she is getting distracted from her real responsibilities. No Ana, we do not need to Ms. Hernandez, we need her to leave as soon as possible.
IF Facebook and other organizations like the Perry Foundation is donating the money it shall go to help all students to improve their education, and not to find another position. This is the wrong thing to do. Who is going to stop Gloria and these two board members, by the way there is also an article on Mercury news and the same board members who have gotten favors from Ms. Hernandez are her supporters.
Here is the link:
Web Link
Time to speak up parents, teachers and community members. We need to take back our school district.

Gloria and the school board members who support her need to go.

He was untrustworthy in Campbell, a cheater in MV Whisman, and unrespected in Menlo Park. And he no innovator. This is not a good hire.

Report Objectionable Content
Email Town Square Moderator
10 people like this
Posted by A Concern Resident
a resident of East Palo Alto
on May 18, 2017 at 11:49 pm

Report Objectionable Content
Email Town Square Moderator
10 people like this
Posted by Why this guy
a resident of Menlo Park
on May 19, 2017 at 7:51 am

What the heck is Gloria thinking? This is the worst guy for the job, I guess they are alike. Why do our Ravenswood School District has to pick up the trash.

Report Objectionable Content
Email Town Square Moderator
1 person likes this
Posted by Hmmm
a resident of East Palo Alto
on May 19, 2017 at 11:38 am

The students in our district deserve better than this guy. My dog will work for less and is highly innovative, so why not hire him? He's also loyal, hardworking and won't attract as much controversy.

Here is more about Mr. Maurice Ghysels. This is about the kind of work he is doing in his current job Menlo Park School district. No wonder they do not longer want him there, but why do we have to hire him, when it is obviours that he is not hte right person for the job. Just because he is a friend of Ms. Hernandez, does not qualifies him for hte job.

Hre goes again, hope it links to the article

Report Objectionable Content
Email Town Square Moderator
Like this comment
Posted by Concerned Advocate for Student Success
a resident of Woodland Ave. area (East Palo Alto)
on May 25, 2017 at 12:41 pm

Why are board members and funders the only ones slated to review Ghysels' efficacy in one year? neither of those bodies will have a day-to-day understanding of his actions towards or away from stated goals. The teachers and the staff should have a report back/ evaluative function in there too. Disenfranchising the employees is why the RCSD is suffering in relations between employees and administrators as it is. I expect Facebook and the board to step in and move to include the employee stakeholders in assessing Ghysels' effectiveness. We should never forget that teachers' and Staff's teaching/working environment is our children's LEARNING environment.

Report Objectionable Content
Email Town Square Moderator
Like this comment
Posted by Hiring in Times of Layoffs?
a resident of East Palo Alto
on May 25, 2017 at 5:06 pm

Correction, the superintendent will be the one evaluating and based on Ms. Hernandez' positive recommendations the board will agree to extend the contract, and as usual teachers will be left out.

It is my opinion the Maurice will add no value to your schools much less the take away of his insane salery. Most Administrators are hired by their track record. You need to look no further than his past. At MPCSD we had Administrative meeting and for the most part he showed us videos and commercials to inspire us. When he was asked for help and use of his judgement as Superintendent he would tell us to go figure it out on your own. "That not my job" he lacks content and wanted to team build by having weekly drunk parties at local bars on Fridays. We were in the Education business and his behavior did not show he was any kind of leader.

Flying: How to lower your impact
By Sherry Listgarten | 8 comments | 2,004 views