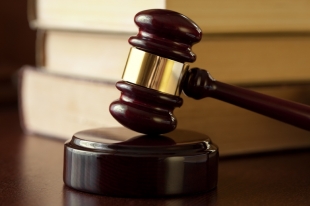 A 24-year-old Stockton man was found guilty of first-degree murder Wednesday morning by a San Mateo County Superior Court jury in connection with the 2015 killing of a 31-year-old man in East Palo Alto, according to prosecutors.

Jamal Magee was found at 9:25 p.m. on Oct. 25 in the 300 block of Wisteria Drive by officers responding to a ShotSpotter gunshot detection system activation. He had multiple gunshot wounds to the torso.

Based on witness statements, investigators determined that prior to his death, Magee had gotten into a fight with Warren Oleg Morrison and a 45-year-old man.

Morrison has been found guilty of first-degree murder with an enhancement for the use of a gun. He was not found guilty, however, of attempting to murder another person who was standing nearby at the time of the shooting, according to prosecutors.

"They didn't find that he had any intent," San Mateo County District Attorney Steve Wagstaffe said.

When he returns to court for sentencing on June 30, Morrison will face a total of 50 years to life in prison, according to Wagstaffe.

Morrison remains in custody on no-bail status. Defense attorney Randy Hey could not immediately be reached for comment.

Its nice to see some of these murders solved and conviction stand.

So, any bets on how long before he's out again?

The first few seconds after awakening; before I remember the virus
By Chandrama Anderson | 0 comments | 2,331 views

Can you Stay Healthy without Making More Trash?
By Sherry Listgarten | 2 comments | 1,640 views

Think about helping others in our coronavirus-affected area
By Diana Diamond | 2 comments | 1,172 views