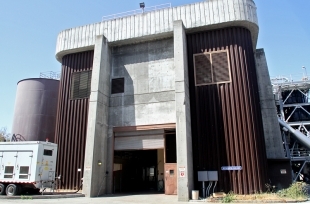 Two incinerators in Palo Alto will be decommissioned and replaced with a $23 million sludge dewatering and load-out facility under a contract approved by the City Council on April 17. Weekly file photo.

Flying: How to lower your impact
By Sherry Listgarten | 10 comments | 2,115 views