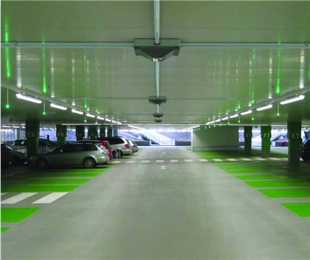 A new parking garage coming to downtown Palo Alto that would provide 339 spots and expected to cost more than $20 million. The new structure is estimated to be finished in 2020. Weekly file photo.

A Cadillac? Seriously? Kids these days don't even know what a Cadillac is. How about a Porche or Tesla version? This is Palo Alto, 2017...

A Cadillac> Seriously? How about a Bentley or an Aston Martin? If you're going to stick your kids with uncontrolled deficit spending and $500,000,000 in unfunded pension liabilities, let them see where all our money goes.

On the very same night, the City Council votes to implement parking meters to *discourage* driving and to build a parking garage to *encourage* driving.

The garage is needed. It will make it easier to find parking. At very least they can reduce parking of all day workers in the adjacent residental neighborhoods.

Report Objectionable Content
Email Town Square Moderator
17 people like this
Posted by Giant give away
a resident of Downtown North
on Apr 12, 2017 at 6:16 pm

This is a vicious cycle - allow giant buildings that don't have enough parking and then make taxpayers build garages for downtown developers and office buildings to park the employees of these buildings. I say this ins't not our problem. Kick these workers out of the residential areas and make their employers and the developers buy and run their own garages.

We don't need another oversized eye sore of a building downtown. Our recently elected council people either never really believed that they represent the residents of Palo Alto who elected them or the tens of thousands of dollars of developer contributions (reported after the election) have swayed them to the development side. This parking garage is a give away to developers and does nothing for residents except take our money and give it away. Money that could be used for parks, playing fields, pools, more summer classes, better roads and other infrastructure to make residents lives better - but no we have to keep the developers happy.

Now that we will have more parking I'm sure that city management will continue to allow massive offices to go up and up. The whole city management is about overdeveloping and destroying Palo Alto so that they and their friends can get rich.

Report Objectionable Content
Email Town Square Moderator
10 people like this
Posted by Ahem
a resident of Another Palo Alto neighborhood
on Apr 12, 2017 at 10:35 pm


Report Objectionable Content
Email Town Square Moderator
6 people like this
Posted by out of control
a resident of Another Palo Alto neighborhood
on Apr 13, 2017 at 8:05 am

Public Works last week resurfaced Lot #8 on Sherman off California Ave. Unbelievably, they striped
it the same as it was for all these past years - with spaces so small that people often return to their cars and cannot open the doors to their cars or face great difficulty doing so. Also, with cars or SUV's parked on the lines the spaces often go unused so there is actually a loss of usable
parking spaces. The lot also has straight-in
parking, not angle. The lot is a disaster as marked. The City is oblivious to what it is doing.
Street markings and configurations at Jordan on Middlefield and Cal Ave have created dangerous conditions with sharp turns and narrow lanes and visual distraction. The roundabout at Cowper and Coleridge is an absolute atrocity.

Report Objectionable Content
Email Town Square Moderator
6 people like this
Posted by Mike
a resident of University South
on Apr 13, 2017 at 8:21 am

Why are cars so much larger, and therefore more difficult to park, than they were in the past? Seems NUTS!

Report Objectionable Content
Email Town Square Moderator
4 people like this
Posted by Online Name
a resident of Embarcadero Oaks/Leland
on Apr 13, 2017 at 10:06 am

Totally agree with Out of Control that the city is oblivious and/or sadistic.

Why are they adding so many giant Botts Dots? The ones on Middlefield are intrusive and prevent cars from making their turns off an already clogged street.

Really dangerous are the ones on Embarcadero leading to northbound Alma. They protrude 1/3 of the way into the off ramp and force cars trying to avoid them to swerve back into jammed Embarcedero.

There's NO cross-vehicular traffic just before the underpass. WHY are they there??
Does someone have the giant Botts Dots franchise?

Report Objectionable Content
Email Town Square Moderator
2 people like this
Posted by Selling out
a resident of Crescent Park
on Apr 18, 2017 at 8:18 am

I'm distressed that our beloved neighborhood toy store is closing and instead a giant, ugly garage will replace it to service our of towners. Locals depend on stores like the toy store. Our children grew up with gifts from there and we have find memories. Similarly the art supply store was driven out and replaced by a useless boutique watch shop. This is tearing up the fabric of our town as the city optimizes for our of towners and developers, paying scant attention to residents. Shame on our officials for they are selling us out.