'Even for a man who has nothing, no one can put a price on human dignity, respect and self-worth,' says playwright. 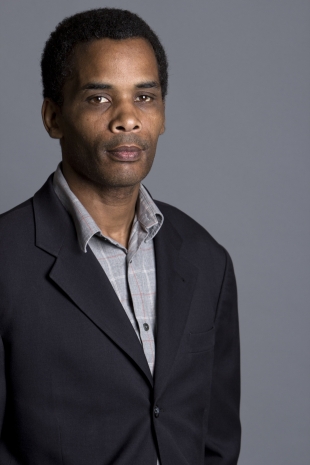 Lynel Gardner works in Palo Alto, lives in the Bay Area, and is an actor, playwright and filmmaker; he works with at-risk youth. Photo courtesy Lynel Gardner.

Fred Balin is a registered user.

Odd comment, to my ears, from PAPD sergeant; "millions"? Could benefit from more context.
“I spoke with a sergeant of the Palo Alto Police Department, and we shared our mutual respect for the homeless of one of the most affluent cities in the world. We discussed how he knows that some of the homeless he deals with on a daily basis have millions and choose to live outside the system. We both agreed that everyone should be treated as a citizen deserving of respect.”

"Could benefit from more context."

Report Objectionable Content
Email Town Square Moderator
12 people like this
Posted by Plane Speaker
a resident of Crescent Park
on Mar 25, 2017 at 9:54 pm

It would be nice if when people do stuff like that, i.e. act like real
jerks in public, just to mean, someone would photograph them and
post their pictures so everyone knows to watch out for this kind of
thing, and maybe stop his next bullying attack.

People's behavior in public seems to really be taking a downward
spiral, and it is not going to get better by itself. Could it be because
regular folks are afraid and inhibited from doing the right thing?

Of course the right thing would be to give this person some help to
get his life organized and make the best of his situation. What is it
that we seem to be so afraid of if everyone carries around their rights
and dignity and does not feel shamed and bullied? Are the so-called
normal so afraid that they will lose something by being human to other
people and even helping them.

It would be nice to think that this rejection of Donald Trump's disaster
of a health care bill is the beginning of something that we can all keep
rolling - to roll back this kind of thinking and behavior.

Report Objectionable Content
Email Town Square Moderator
4 people like this
Posted by musical
a resident of Palo Verde
on Mar 26, 2017 at 12:44 am

Report Objectionable Content
Email Town Square Moderator
3 people like this
Posted by Odd story
a resident of Palo Alto High School
on Mar 26, 2017 at 10:18 am

Did anyone ask the man where he was from?
I have often read in the police blotter of arrests of transients - meaning out of area people who come here. They come here because this area is perceived as generous- which it is - with a wealth of social services, whether from the government or charitable institutions or individuals. There is the opportunity center, which requires frequent attention of our local police.
Curious: how many Pal Altans have become homeless (owing to whatever: job loss/ no friends or family to assist/ take one in; unable to locate section 8 housing, food from food bank of Santa Clara County Second Harvest, local churches, etc.
Meanwhile, I am offended we are portrayed as ungenerous and harassing.
One might argue we are obligated to assist challenged persons regardless of where they are from - like San Francisco does to the tune of HUNDREDS of millions of dollars - yet the challenge remains. With an endless supply of people traveling here for services, we will never be caught up to the challenge, and this original poster us angry about that, apparently. Sorry, we do all we can. I pay high taxes, have never harassed the homeless, donate each year to the Food Bank, Salvation Army, etc. locally.
I feel the original poster seems angry at me, and I don't appreciate it. Yes, the situation IS sad.

A year or two ago, I pushed a handicapped, unkempt, and wheelchair bound man matching the writer's description from somewhere on University Ave. to Peet's on University.

My recollection from talking to the man during the journey is that he is not homeless. He had taken a bus to PA, and had a medical appointment earlier in the day.

Report Objectionable Content
Email Town Square Moderator
7 people like this
Posted by Citizen
a resident of Downtown North
on Mar 26, 2017 at 4:20 pm

I agree with the author that if the man wasn't bothering anyone - he was just sitting down and eating as best he could with his handicap, he shouldn't have been harassed. People who witness others being harassed are part of the problem if they don't step in and try to help. We should be kind to everyone, homeless or otherwise, whether or not a person comes from far away to Palo Alto for a handout, or not. Everyone obeying the law deserves civility and kindness.

That said, I'm sick and tired of people who are turning the downtown into a garbage dump, and people breaking laws when asking for a handout. I don't want to see a person sleeping on a public downtown bench, reeking of alcohol, surrounded by garbage he/she has strewn around him/her. Everyone has the right to sit on a bench, but no one has the right to use it as their personal bed while intoxicated, and no one has the right to litter. I'm so fed up with this behavior.

Sitting on the sidewalk is against the law, and so is standing on the median divide on our roads, asking for money. Public urination (and worse) is not aloud. Loitering on private property is not allowed. People breaking our laws should be forced to go elsewhere.

I've stopped one of my favorite past times - - reading in the library, because people who haven't taken a bath in a long time are using the library for a place to catch up on their sleep, snoring loudly. I'm tired of complaining to the library staff about it.

I'm not an elitist snob. I'm unemployed and live in a rundown apartment where I can barely afford the rent. I haven't purchased anything new in ages. I give money to homeless who are well behaved and don't smell of alcohol. I deliver for meals on wheels. If I see an injustice I'm not afraid to speak up. And dammit, I have rights too. I conduct myself in a civil way and I deserve to live in a clean, safe city. People who litter, sleep on the public benches/sidewalks, urinate in public, etc., need to be kicked out. It's not a crime to be homeless, but breaking local laws and ordinances is and shouldn't be tolerated. I'm fed up.

I suspect that many of the homeless can't help themselves, and that is the problem. There's no place for them to go. Many are mentally ill. What to do?

Report Objectionable Content
Email Town Square Moderator
22 people like this
Posted by Been in a Wheelchair
a resident of Another Palo Alto neighborhood
on Mar 26, 2017 at 4:28 pm

I have been in a wheelchair for two months to two years at a time, due to severe injuries and systemic inflammatory diseases.

It is EXHAUSTING to wheel yourself around, and it quickly becomes impossible with even the slightest of inclines,

To further make matters worse, wheelchair seats have no cushioning or support, so after about 20 minutes in one, it can become very painful to the pelvis, hips and lower back.

I have always wished that people would be more helpful to people in wheelchairs-- holding doors open, giving a push up slopes, etc. even a a young woman with long auburn hair and green eyes, fairly fit-looking after my last remission in which I could exercise, not a soul would lend a hand in the slightest way.

Sillycon Valley is indeed filled with the coldest, rudest millennials outside of China!

Report Objectionable Content
Email Town Square Moderator
3 people like this
Posted by Hmmm
a resident of East Palo Alto
on Mar 26, 2017 at 4:50 pm

How does the author know that the disabled gentleman is homeless?

Report Objectionable Content
Email Town Square Moderator
10 people like this
Posted by PaloAltoDoe
a resident of Greenmeadow
on Mar 26, 2017 at 6:02 pm

AS a person who grew up in Palo Alto, I can promise you that despite our lofty zip codes, sadly, some Palo Alto folks become homeless, including a couple of our retired high school teachers (surprise to many of us!). In addition, as a person who worked with the homeless for many years, I can promise you that there are a myriad of reasons folks become homeless, and it is certainly not because they have necessarily done anything to encourage being homeless, or that being homeless had been their big plan while growing up. It makes me terribly sad that people continue to treat the homeless as "lesser than" people. What we need are better services: for instance: mobile shower units, job skills training, social security disability representation, accessible food and housing, laundry, clean clothing and so forth. Services are critical to assisting homeless folks to get off the streets. Thank you to the original author for advocating for another human being. You are a good and decent person!!

Report Objectionable Content
Email Town Square Moderator
7 people like this
Posted by PaloAltoDoe
a resident of Greenmeadow
on Mar 26, 2017 at 6:12 pm

Gentle readers, please pay attention to the larger point here: Someone was mean to another human being for no reason. I think we can all agree that there is far too much of that going on in the world right now. We need to applaud the original author for what they did. I don't care what the status, race, ability issues, gender, height, sex, IQ and so on the victim had, it was very kind of the author to step up. so please don't pick at the details of the original author's writing. Palo Alto Doe.

I'd like to correct a comment I made earlier. I wrote that a couple of our high school teachers had become homeless. I'd like to clarify that I'm not sure whether or not they were HS teachers, and where they had been employed in Palo Alto. I read this in a local news article of a couple of years ago which was focused and concerned about the shutdown of Cubberley as a safe parking area for the un-housed. I made an assumption at the time of reading, which may have been incorrect, and I apologize for any confusion.

Report Objectionable Content
Email Town Square Moderator
3 people like this
Posted by MP
a resident of Old Palo Alto
on Mar 28, 2017 at 12:48 pm

The person who was harassed I often see on University. His disabilities are great. He doesn't beg. Sometimes he ask - people ignore him thinking that he begs - but what he asks is for his backpack or wheelchair to be adjusted...
Almost no one stops to try to understand what he needs help with - yes, you need a few moments as one of his disabilities is speech...

It's very disheartening to see such luck of mercy & compassion

Report Objectionable Content
Email Town Square Moderator
3 people like this
Posted by Cc
a resident of Downtown North
on Mar 28, 2017 at 1:31 pm

The description of this specific person sounds like the person that has been barred from most public establishments in downtown Palo Alto.