FPPC closes case against Adrian Fine with a warning 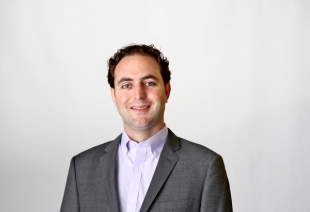 Adrian Fine received on March 23 a warning letter from Fair Political Practices Commission, which found that he violated the Political Reform Act by not including an FPPC identification number on the envelopes of his Oct. 12 mailers. Photo by Veronica Weber.

Palo Alto City Councilman Adrian Fine will not face a penalty for failing to put his campaign's identification number on an envelope that he used to send out a mailer last October, the state's Fair Political Practices Commission informed him in a letter Thursday.

The state agency, which enforces the Political Reform Act, decided not to issue a fine despite finding that he violated the Act's mass mailing disclosure provisions, the letter stated. Specifically, he did not include his FPPC number on an envelope used for an Oct. 12 mailer, though the number was included on the mailer itself.

The agency learned about this violation from an anonymous complaint that was filed against Fine, who was elected in November. It opened the investigation earlier this month.

Galena West, chief of the FPPC Enforcement Division, notified Fine that the agency's regulations require that "every mass mailing contain the name, street address, and city of the candidate or committee sending the mailing on the outside of each piece of mail in the mass mailing."

"Your actions violated the Act because you failed to insert the phrase 'Paid for by' on the envelopes containing a mass mailing sent by your committee," West wrote.

However, because he has no prior enforcement cases; disclosed the name and address of the committee as the sender on the envelope; and included the proper disclosure on the letter itself, the agency is "closing your case with this warning letter," West wrote. The warning letter, she noted, "resolves a case without administrative prosecution or fine."

The letter also notes that the information obtained by the FPPC will be "retained and may be considered should an enforcement action become necessary based on newly discovered information or future conduct."

"Failure to comply with the provisions of the Act in the future will result in monetary penalties of up to $5,000 for each violation," West wrote.

So, basically, because Fine had no "priors ", He was let go with a warning.

He was still guilty of a violation.

Fine's mistake was so minor that I'm surprised it even warranted an investigation. The average person has probably made larger honest errors on her tax return. This feels like the IRS auditing someone for neglecting a few pennies of use tax for an online purchase.

Lesson we are getting from all these investigations is to leave politics to the professionals.

Report Objectionable Content
Email Town Square Moderator
14 people like this
Posted by Smear campaign
a resident of Professorville
on Mar 23, 2017 at 9:56 pm

I received a mailer from Arthur Keller that did not include the "paid for by" disclosure. Are we going to see a similar investigation against him?
Rather suspicious these investigations are only targeting the 3 non no-growth candidates.

Report Objectionable Content
Email Town Square Moderator
7 people like this
Posted by Recall
a resident of Another Palo Alto neighborhood
on Mar 24, 2017 at 5:38 am

It's not really minor when a politician does something against rules that on its face would make it less likely the mail will be tossed before opened.

FPPC is not really a watchdog, more like a yapping poodle. Don't count on justice for the election shenanigans from elsewhere. [Portion removed.]

Report Objectionable Content
Email Town Square Moderator
14 people like this
Posted by Technical violation
a resident of Community Center
on Mar 24, 2017 at 5:43 am

It is an indication of the sad state of Palo Alto Politics that there would be an anonymous complaint about such a minor technical violation. Shame on the individual or group of individuals who would make such a complaint. In a hyper technical gotcha world everyone loses.

Now if we could get the FPPC to go after gas-powered leaf blowers...

Report Objectionable Content
Email Town Square Moderator
11 people like this
Posted by T. Ripley
a resident of College Terrace
on Mar 24, 2017 at 1:33 pm

I agree that the FPPC warning to Fine was for a trivial violation. He seems to have been cautious in staying within the law including his bewildering claim that he had no idea why anyone would donate $999 late in a campaign (hint: it avoids a 24 hour reporting requirement). I am surprised that the complaint did not cover his more serious violation which is that he did not report occupations of many of his key late donors including well know real estate developers, i.e. a $999 donation from Chasen Rapp on November 1st reported occupation and employer as unknown. A quick internet search shows Rapp is employed by Rapp Development, a class A commercial real estate developer with numerous projects in Palo Alto. The law requires that candidates must return donations of $100 or more within 60 days if they cannot obtain occupations or other required info.


Campaign violations aside, what matters much more was his deliberate strategy of voter deception relating to his policies and financial support. He took many strident pro-development positions on the Planning Commission. Then, during the campaign, he claimed much more moderate positions and that he was not being supported by the developers. Once on the City Council he has returned to his prior approach. He has loosened the annual office cap and proposed allowing a huge 40% increase in office development over what the draft Comp Plan would allow. Then, on Monday night he proposed adding 13,000 housing units by 2030 in addition to higher office development, an astounding nearly 50% increase in the city population in just 13 years. At the same time he proposed increasing job growth up to 15,000 employees by 2030, arguing that since jobs drive housing, allowing even more jobs would drive the huge housing growth that he seeks. Lastly, he advocated not focusing on mitigating the impacts of this growth since the housing would be the benefit.

Report Objectionable Content
Email Town Square Moderator
12 people like this
Posted by Just saying
a resident of Adobe-Meadow
on Mar 25, 2017 at 5:41 pm

Vicki Veenker was fined for exactly this.
I don't think Fine gets to say he's been discrimated against. He got off lightly.

Singapore's oldest cafe was about to open in Palo Alto. Then, the coronavirus hit.
By Elena Kadvany | 3 comments | 7,397 views

A Pragmatic Approach to A Trillion Trees
By Sherry Listgarten | 4 comments | 4,368 views

Repairing a Disagreement with your Beloved & “Physical” vs. “Social” Distancing
By Chandrama Anderson | 2 comments | 3,072 views