Ronnie Farrell to be sentenced March 9 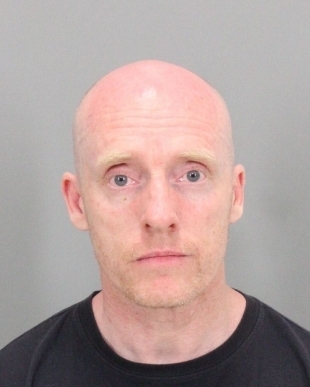 Sexual assault of a minor deserves more than five years.

Marc Vincenti is a registered user.


I wish this young person well. She showed great courage and maturity in speaking up.

Had him last year for bio. Not at all a bad teacher, got along great with kids. Especially with girls...

Report Objectionable Content
Email Town Square Moderator
2 people like this
Posted by H. Potter
a resident of Duveneck/St. Francis
on Mar 9, 2017 at 5:57 pm

Mr Farrell was a energetic inspiring person, our son had him and we were very impressed with the way he inspired our son to learn and engage in science. It's good he pleaded guilty and apologized. The Mr Farrell I knew, would have stood up and been responsible for his mistakes.

There just isn't any room for adults to lose their perspective, you always must be a responsible/focused adult around children. I hope the girl is ok and is able to move past what has happened, and enjoys the amazing Palo Alto environment.

I hope Mr. Farrell finds a way to heal and uses his inspiring abilities to make a difference in the world. He did have good within, I hope he finds it once again.

So very unfortunate because Mr. Farrell was the best science teacher amongst a mediocre department. He explained well and sincerely cared about teaching and helping students succeed. Although, he did pal around with the students too much. He felt remorse; too bad he made this huge mistake. So sad for both him and the girl—a loss all around.

Has Farrell been sentenced? Does anyone know the specifics?

Report Objectionable Content
Email Town Square Moderator
11 people like this
Posted by Hmmm
a resident of East Palo Alto
on Mar 18, 2017 at 12:42 pm

Characterizing sexual abuse of a minor as a "huge mistake" and to "lose perspective" is abhorrent and wrong. This teacher deliberately pursued and set up scenarios with this student, indicating intent and forethought. I'm surprised by the ignorance in these comments, especially given the number of pedophiles that have been hired by Palo Alto schools.

Report Objectionable Content
Email Town Square Moderator
5 people like this
Posted by Rot in hell Farrell
a resident of Adobe-Meadow
on Mar 18, 2017 at 5:03 pm

5 felony child sex crime convictions and only 5 years in prison? What is wrong with that equation? Did the victim's family agree to this plea deal?

Report Objectionable Content
Email Town Square Moderator
2 people like this
Posted by Adult with perspective
a resident of Greenmeadow
on Mar 21, 2017 at 4:58 pm

Well.. state prison will teach him a thing or two about unwanted inappropriate advances. I think he will only need a few months for that lesson to sink in. I think he will pay society his debt regardless.

I like the posts above that inspire compassion. We could use a little more of that in today's times.