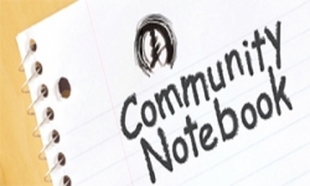 What a sadly pathetic false narrative. A perfect example of the fear mongering liberals have created around the results of the presidential election.

And with your statements, you have proven why there is a need for a forum such as this.

Immigrants or Refugees? is a registered user.


I think many people fear that what has happened in Europe will happen here if we take more Middle Eastern Refugees: that some will be terrorists masquerading as Refugees.

I don't feel that Refugees in general pose a problem-- they are very grateful for any help they get and it shows!

However, wealthy foreign immigrants who come to America and take away benefits of citizenship from actual citizens are another story. They are the ones who try to influence institutions such as schools and government in their favor.

Report Objectionable Content
Email Town Square Moderator
4 people like this
Posted by Curmudgeon
a resident of Downtown North
on Jan 12, 2017 at 1:35 pm

"A perfect example of the fear mongering liberals have created around the results of the presidential election."

If immigrants have nothing to fear from Trump, then millions of people threw away their votes on him, right?

Report Objectionable Content
Email Town Square Moderator
2 people like this
Posted by Sally Bemus
a resident of Community Center
on Jan 17, 2017 at 12:35 pm

Sally Bemus is a registered user.


Thanks Sue for helping us publicize the event. Just to clarify the panel discussion will be in Spanish and there will be translators and headsets available for translation into English. Palo Alto University students will be filming the event (the stage only) and will post a copy on their website.

Flying: How to lower your impact
By Sherry Listgarten | 10 comments | 2,292 views