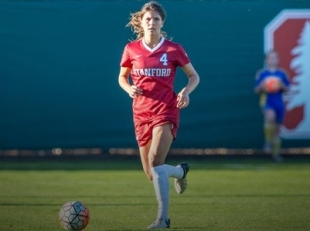 Maddie Bauer, with teammate Andi Sullivan, was named a semifinalist for the MAC Hermann Trophy. Photo courtesy of Stanford Athletics

Flying: How to lower your impact
By Sherry Listgarten | 6 comments | 1,742 views