Joe Graham crafted personalized notes that told more than how, where, when 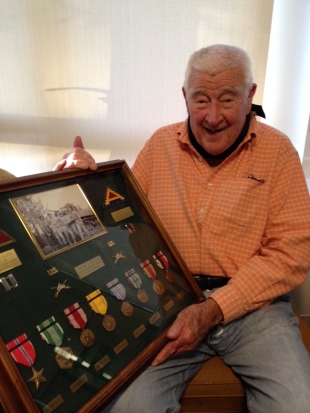 What a kind and brave person! Palo Alto is fortunate to have Joe Graham in our town. He is a role model for all of us. Thank you, Joe!

Marc Vincenti is a registered user.


What a cool story about a wonderful man. Thank you Ms. Dremann and especially "just another guy named Joe."

Thank you Joe, for your service and for your compassion to the families of fallen soldiers. Thank you Sue Dremann for an uplifting story!

jet pilot is a registered user.


From one veteran to another-- Thanks for the great work you did CPT Graham!