'Slogans will not solve our challenges' 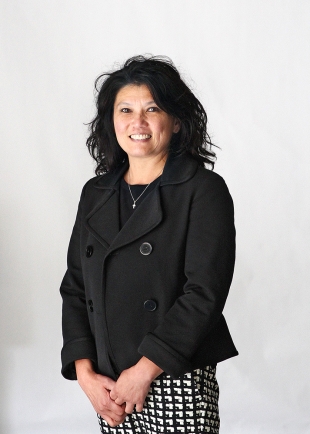 Of all the candidates, Kou has done the most civic volunteering to benefit our town, without any ego or other ambition than to make life better here for her neighbors. She is someone who thinks deeply about issues and has a rare ability of seeing what's going on below the surface. I do not always agree on every issue, but I know that she is the rare person who will hear and actually consider what I have to say, and include it in her decisionmaking if the argument and evidence are sound enough. She has a level temperament but is also passionate to help our town and do the right thing by our families. In my opinion, she is a standout in this field.

Tom DuBois is a registered user.


I endorsed Lydia Kou for council for many reasons. She has selflessly devoted her time and energy to Palo Alto, with a long record of extensive community service. As an Asian woman, in a year that we are most likely to see the first woman US President, Lydia adds important diversity to the council. She has volunteered on the Comprehensive plan and has done her homework. Lydia's experience will serve us well. Please vote for Lydia Kou on Nov. 8th.

A Miracle! is a registered user.


Lydia has my vote! Anyone who is so tirelessly devoted to the citizens of Pali Alto, while holding down a full time job, and seems to have little need for sleep, is a living miracle!!!

Report Objectionable Content
Email Town Square Moderator
2 people like this
Posted by horrified
a resident of Barron Park
on Oct 14, 2016 at 12:51 pm

Report Objectionable Content
Email Town Square Moderator
20 people like this
Posted by Dan
a resident of Midtown
on Oct 14, 2016 at 4:42 pm

She just missed being elected in the last election by the closest of margins. We would have been better off in the current city council had she just received a few hundred more votes to win the last seat. I am planning to vote for Kou. Best of luck this time.

Lydia is a realtor whose interest is in keeping housing prices high so that she can earn big commissions, and so she opposes any new housing.

Can you Pay to Reduce your Carbon Footprint?
By Sherry Listgarten | 3 comments | 1,416 views