Minimalism with a view 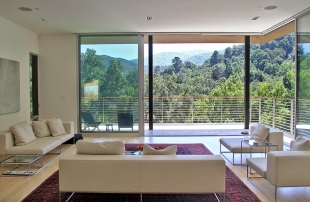 Floor to ceiling sliding glass doors open up to the view of the foothills at this Los Altos Hills residence which will be featured on the Dwell Silicon Valley Home Tour. Photo by Veronica Weber.

Freelance writer Carol Blitzer can be emailed at cblitzer@sbcglobal.net.