County judge: 'Persky believes the change will aid the public and the court' 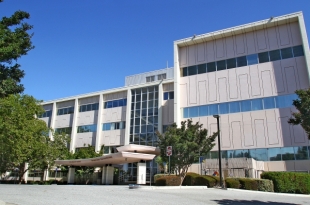 The exterior of the Palo Alto Courthouse, where Judge Aaron Persky presided over the trial and sentencing of former Stanford University student Brock Turner. Photo by Veronica Weber.

"While I firmly believe in Judge Persky's ability to serve in his current assignment, he has requested to be assigned to the civil division, in which he previously served," Presiding Judge Risë Jones Pichon said in the statement. "Judge Persky believes the change will aid the public and the court by reducing the distractions that threaten to interfere with his ability to effectively discharge the duties of his current criminal assignment."

The reassignment is possible due to a request from another judge, Vincent Chiarello, to relocate to Palo Alto, according to the statement.

"Although the Presiding Judge normally implements assignment changes in January of each year, when two judges simply want to swap assignments for which they are both eminently qualified, there is no reason to delay implementation of a change they both desire," Pichon said.

Starting Tuesday, Sept. 6 — four days after Turner is set to be released from county jail — Persky will hear matters at the Old Courthouse in San Jose and Chiarello will take over in Palo Alto.

Persky has been the subject of intense criticism since giving Turner what was decried by many as a too-lenient sentence for the sexual assault of an unconscious, intoxicated woman on Stanford’s campus last January. Persky faced swift backlash in the courtroom, with jurors reportedly refusing to serve in an unrelated case just days after he handed down Turner’s sentence and the district attorney’s office disqualifying him from a new sexual-assault case.

The district attorney's office did not immediately return a request for comment on Persky's reassignment.

More recently, Persky's critics said that previous sentencing decisions are evidence of his alleged bias in sex-crimes cases, including the three years in state prison he gave to an immigrant from El Salvador who admitted to sexually assaulting his roommate and four days in county jail to a man who plead guilty to a felony child-pornography charge.

And last week, Persky recused himself from an upcoming hearing in the child-pornography case, citing exposure to publicity that "resulted in a personal family situation such that a person aware of the facts might reasonably entertain a doubt that the judge would be able to be impartial."

Many have defended Persky, though, including local public defenders who serve in his courtroom, and see the campaign to recall him, led by Stanford law professor Michele Dauber, as a serious threat to judicial independence.

One of those public defenders, Sajid Khan, called Persky's reassignment "sad and disappointing."

"The misinformed, misled and shortsighted mob has deprived my clients and our criminal justice system of a compassionate, thoughtful and exemplary judge," Khan wrote in an email to the Weekly.

In a statement Thursday, Dauber said that the recall effort will continue given that judges rotate annually and Persky could return to hearing criminal cases.

"The issue of his judicial bias in favor of privileged defendants in sex crimes and domestic violence still must be addressed by the voters of Santa Clara County. Furthermore, judicial bias is just as serious regardless of whether a case is civil or criminal. Many issues affecting women are heard in civil court every day," she said, pointing to a 2007 civil case Persky oversaw involving a group of De Anza College baseball players accused of gang raping a young woman.

Turner is scheduled to be released from jail next Friday, Sept. 2, after serving half of his six-month sentence based on credit for good behavior. The Recall Persky campaign is organizing a rally for that morning at the county Hall of Justice in San Jose with congressional members, local elected leaders (including Palo Alto Mayor Pat Burt), sexual-assault survivors and activists.

The Palo Alto Weekly has created Storify pages to capture ongoing coverage of the Brock Turner case as well as sexual-assault issues at Stanford University. To view them, go to storify.com/paloaltoweekly.

I am glad to hear he won't be the judge for any criminal matters. His judicial record - at least from what I've read - doesn't pass the smell test.

How can he get him removed from the judicial system?

Report Objectionable Content
Email Town Square Moderator
17 people like this
Posted by Relieved
a resident of Midtown
on Aug 26, 2016 at 12:54 pm

Relieved is a registered user.


He didn't resign, but this is a good start.

Persky is unable, as evidenced by his record, to be impartial or fair in criminal sexual assault matters. That can have far-reaching consequences, as well as public safety issues.

I doubt that Persky will be fair or impartial in civil cases either-- but these will not affect the safety of women!

Report Objectionable Content
Email Town Square Moderator
9 people like this
Posted by @Relieved
a resident of another community
on Aug 26, 2016 at 2:12 pm

"I doubt that Persky will be fair or impartial in civil cases either-- but these will not affect the safety of women!"

*Maybe* not. But if he has to deal with a case dealing with sexual discrimination...that might not be a good thing either...

Report Objectionable Content
Email Town Square Moderator
16 people like this
Posted by Sad Sajid
a resident of Adobe-Meadow
on Aug 26, 2016 at 3:08 pm

Sajid Khan, a public defender who practices in Persky's court, is also quoted in Buzzfeed today defending Persky for letting an athlete convicted of assault go to Hawaii unsupervised for a year to play football. Persky apparently broke a Federal law that bars sending violent felons across state lines without notifying the receiving state.

Is Khan playing the role of Persky's personal PR flack on the public's dime? Does the Santa Clara County public defender's office countenance breaking federal law to give convicted felons a break?

Report Objectionable Content
Email Town Square Moderator
8 people like this
Posted by Sad Sajid
a resident of Adobe-Meadow
on Aug 26, 2016 at 3:09 pm

Report Objectionable Content
Email Town Square Moderator
8 people like this
Posted by @Sad Sajid
a resident of another community
on Aug 26, 2016 at 3:12 pm

What was he thinking???

Report Objectionable Content
Email Town Square Moderator
9 people like this
Posted by savy move
a resident of Barron Park
on Aug 26, 2016 at 9:20 pm

Persky's move is quite savvy–it will likely allow him to keep his (powerful, well-compensated) judgeship.

These local restaurants are donating meals to Bay Area residents in need. Here's how to help.
By Elena Kadvany | 6 comments | 11,345 views

Coronavirus: Plan ahead now for a big outbreak
By Diana Diamond | 19 comments | 4,282 views

Will the Coronavirus Save Lives?
By Sherry Listgarten | 29 comments | 4,009 views

The first few seconds after awakening; before I remember the virus
By Chandrama Anderson | 0 comments | 1,138 views