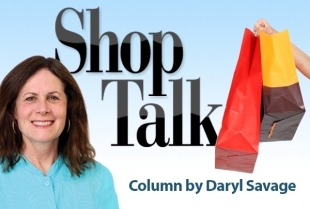 Got leads on interesting and news-worthy retail developments? Daryl Savage will check them out. Email shoptalk@paweekly.com.

20 people like this
Posted by Resident
a resident of Another Palo Alto neighborhood
on Jul 18, 2016 at 7:30 am

I don't like the sound of the movie theater as it sounds like the ticket prices will have to increase as a result. When we lose Shoreline, this will be the nearest full service movie theater. Are families going to still be able to afford a family movie night?

Ahaaaaa is a registered user.


Sounds like the Clement Hotel had no takers at the prices they were charging!

maggie is a registered user.


Is the Shoreline movie theatre complex slated for demolition?

Report Objectionable Content
Email Town Square Moderator
14 people like this
Posted by Anon
a resident of Barron Park
on Jul 18, 2016 at 12:18 pm

When this lux hotel opened, this owner made a plea that affordable housing should now be built here for his workers. Then as now I suggested he should either pay the workers enough so they could afford to live here or build the housing himself.

Report Objectionable Content
Email Town Square Moderator
13 people like this
Posted by KH
a resident of Mountain View
on Jul 18, 2016 at 4:18 pm

If I am going to pay $600 for a one night stay at a hotel, I will go someplace interesting, not Palo Alto.