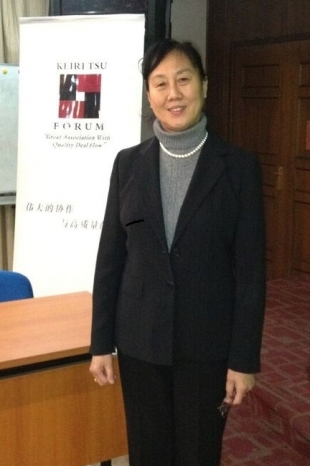 Most Suspucious is a registered user.

Dear Friends and Neighbors,
We are grateful for Sue's informative and sensitivity to the subject.
Today, an employers of one of the renters at the residence contact Neighbors Helping Neighbors seeking help for one of the renters, who has been displaced as a result of this horrible incident.

If their are other who know the other renters from this home, please refer them to us.

Should family or their friends or Neighbors of Jenny Shi need extra help coping or other needs, please feel free to contact us.

NHN is a local non profit service provider for basic need and housing. We can help with life's challenges from food, housing, landlord-tenant issues to connecting you with the right programs & services that fit your needs.

NHN primarily serve middle income households who too often do not qualify for 'safety net' programs because of their income. NHN has no income requirement. All programs and services are free.
If you know of anyone who needs extra support Basic Needs-Jobs-Housing, NHN is happy to help. Contact Us:


Report Objectionable Content
Email Town Square Moderator
24 people like this
Posted by VS
a resident of Another Palo Alto neighborhood
on Jul 12, 2016 at 8:33 pm


So have they ruled out current and former tenants at this point?

Report Objectionable Content
Email Town Square Moderator
13 people like this
Posted by Bike Commuter
a resident of Ventura
on Jul 12, 2016 at 9:39 pm

Bike Commuter is a registered user.


Sending condolences to her family and friends for their tragic loss.

Violence has been increasing in recent news and I hope we can join together to pray for peace and spread kindness.

Report Objectionable Content
Email Town Square Moderator
14 people like this
Posted by Dortmunder
a resident of Midtown
on Jul 13, 2016 at 7:17 am

Dortmunder is a registered user.

Report Objectionable Content
Email Town Square Moderator
8 people like this
Posted by Dortmunder
a resident of Midtown
on Jul 13, 2016 at 7:22 am

Dortmunder is a registered user.

Report Objectionable Content
Email Town Square Moderator
55 people like this
Posted by iSez
a resident of Palo Alto High School
on Jul 13, 2016 at 10:44 am


Tough case to crack, being that she was affiliated with so many, from her business contacts to the airbnb customers, to the people in China.

Palo Alto should outlaw airbnbs. They are bringing in strangers to Palo Alto like Motel 6's all over our family town, and the cars are a disruption to the peaceful neighborhoods, all in the name of greed.

Report Objectionable Content
Email Town Square Moderator
20 people like this
Posted by Hmmmmmmm
a resident of Midtown
on Jul 13, 2016 at 12:33 pm

Hmmmmmmm is a registered user.