Gunn graduate's message: 'We are fighters' 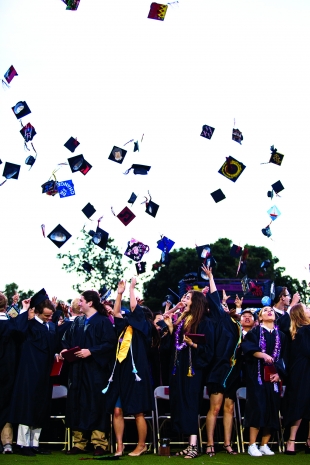 The graduates toss their hats up in the air at the end of the ceremony in celebration. Photo by Magali Gauthier.

It is a life long experience to everyone in the family!

Cherish your day, event and do great things in life.