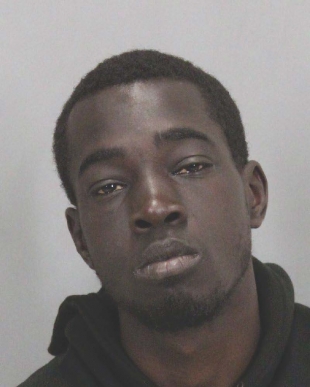 Kenneth Ray Williams, 24, was booked at the Santa Clara County Main Jail for a single count of felony robbery yesterday May 19, 2016. Photo courtesy of the Palo Alto Police Department.