Fawcett aces match at No. 1 singles to send Cardinal to Tulsa 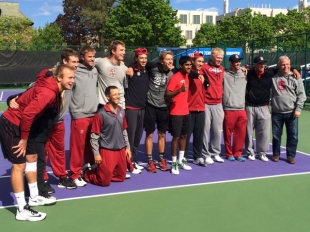 Stanford men's tennis celebrates its first trip to the Round of 16 in four years. Photo tweeted by Jonathan Kelly.