Theater from the trenches 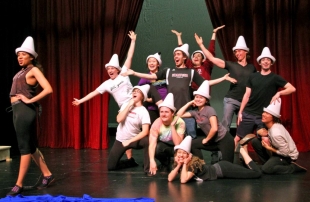 Stanford undergraduate TAPS students rehearse for their production of the musical satire "Oh, What a Lovely War!" Photo by Veronica Weber