Timing the market for local sellers 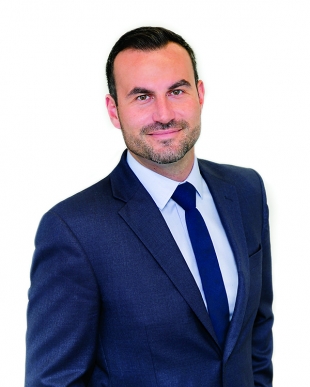 Just after sunset in mid-January, my colleague and I were seated at a square, maple-colored table located near the entrance of the Starbucks on California Avenue, waiting to meet with a potential client.

As we sipped bottled water and coffee, we prepared our talking points on recent market activity. Going through the colorful charts, graphs and comps before us, we tossed out market data. To that point, the statistics revealing the past three-year run-up of 51.2 percent for a median-priced Palo Alto single-family home left us both a bit stunned. Essentially, a home worth $2 million three years ago is now worth $3 million.

When our potential client arrived, we opened by asking for his goals and objectives, which might seem like obvious questions. We're meeting to sell his house, and thus the goal is to get the job done. However, every time I've asked a potential client this question, I have received nuanced responses. The goal often is to sell, but there are myriad factors that go into that decision, and it's critical to consider the details in order to best craft a winning strategy.

This particular potential client wants to sell his home in Palo Alto, as he moved to San Francisco a few years back. As a rental property, the current stream of income from the Palo Alto property is excellent, but the current owner is considering doing a 1031 exchange to diversify his portfolio and avoid huge capital gains.

Additionally, he shared that he has been following the local real estate market closely. He has a good understanding of the value of his home and he has positioned himself to sell in what he thinks to be peak season: spring.

We shared with him Pacific Union's forecast for the next three years of the Bay Area residential real estate market, which was developed with the help of John Burns Real Estate Consulting (JBREC). In the past couple of years, San Mateo and Santa Clara counties have experienced double-digit, year-over-year home price appreciation, meaning that a home worth $1 million in 2014 was likely worth more than $1.1 million in 2015. This uptick in value can be attributed to increased demand. Specifically, San Mateo and Santa Clara employers produced more than 60,000 new jobs in 2014. This in turn outpaced the current housing inventory in a region plagued by supply constraints.

Looking forward, JBREC prognosticates that the phenomenal job growth that Santa Clara and Santa Mateo counties have experienced of late will taper, which should result in a "balancing" of the local market.

The multimillion-dollar question for the potential seller: When will this occur?

One key factor in the forecast is that Bay Area venture-capital firms, which fund startups and drive job growth, are being more selective in the companies they invest in and are less bullish on their valuations, which will likely result in fewer jobs created over time. Fewer jobs means fewer employees and ultimately less demand for housing. That said, the panel anticipates that Santa Clara and San Mateo counties will experience continued appreciation in the single digits in 2016 and likely in 2017, but growth will flatten by 2018.

In the end, my colleague and I recommended that the potential client consider selling this year with a preference for the spring market, as seasonally it is the most lucrative time to sell and the huge appreciation seen recently may begin to moderate.

The Real Estate Economic Forecast is posted at pacificunion.com/jazz.

Broker-associate and attorney Adam M. Touni can be emailed at atouni@pacunion.com.

Would you please provide some more information on 1031 exchanges. In particular, would the seller need to purchase another rental property or other business with the proceeds from the sale of the rental property? Thanks.

Jocelyn Dong is a registered user.


Hi 1031 exchange: Real-estate attorney J. Robert Taylor has written about 1031 exchanges. You can find his column from 2015 here: Web Link

The first few seconds after awakening; before I remember the virus
By Chandrama Anderson | 0 comments | 3,040 views

Can you stay healthy without making more trash?
By Sherry Listgarten | 4 comments | 2,432 views

Think about helping others in our coronavirus-affected area
By Diana Diamond | 5 comments | 2,261 views