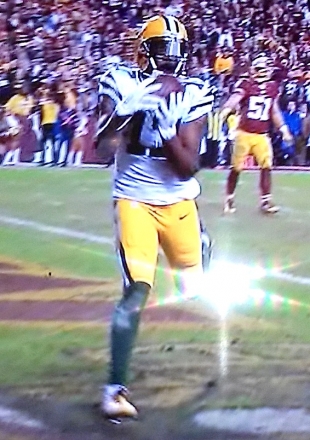 Palo Alto High grad Davante Adams caught a 10-yard touchdown pass just before halftime to give the Packers a 17-11 lead over the Redskins in Sunday's NFC wild-card game.

Since the article doesn't mention it, it looks like Davante Adams was class of 2011--he was born in December 1992, according to Wikipedia.

GraceBrown is a registered user.


Mr. Adams was a member of the championship Paly Viking team that won the state championship in 2010. What an team! Coach Hansen often said that this team was a special group of players - watching Davante play, it's pretty clear that Hansen got it right.

Flying: How to lower your impact
By Sherry Listgarten | 6 comments | 1,739 views