Triumph, trophy and now time for Stanford to look to future 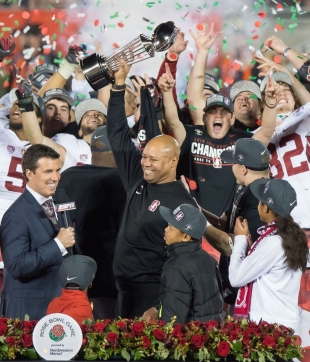 Stanford head coach David Shaw hoisted the Rose Bowl Game trophy for the second time in four seasons after his Cardinal romped to a 45-16 win over Iowa. Photo by Grant Shorin/stanfordphoto.com