SHP falls short of its goal in state championship game 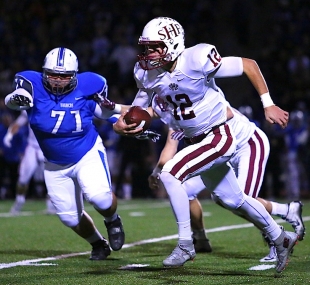 SHP senior quarterback Mason Randall (12) rushed for 27 yards and threw for 237 during the Gators' 35-14 loss to Rancho Bernardo in the state finals Saturday. Photo by Gigi Larson.