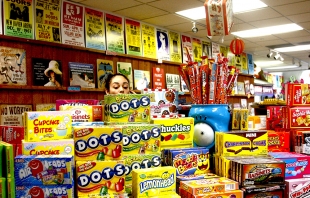 Rocket Fizz sells old and hard-to-find candies in addition to vintage-inspired tin lunch boxes which the store has suspended from its ceiling. Photo by Muna Sadek.