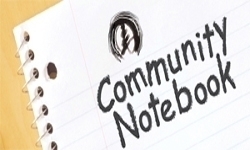 Two of Palo Alto's most influential businesswomen in 2015 include the executive director of a nonprofit that provides homeless men and women with housing and work experience, and the founder of a nonprofit that seeks to raise awareness for automated electronic defibrillators, according to the Palo Alto Chamber of Commerce.

The international Athena Award program honors the achievements of outstanding businesswomen and "celebrates individuals who strive toward the highest level of accomplishment," according to its website.

More than 7,000 awards have been presented internationally in 500 communities since 1982. The Young Professional Leadership Award recognizes emerging leaders who demonstrate excellence, creativity and initiative in their business or profession while contributing time and energy to improve the quality of life for others.

Richardson started her career at a Boston venture firm in 1989, and by 1996, became the vice president at the firm focusing on international high-tech investments. In 1998, she moved to Palo Alto where she became the CEO of Napster and Infravio before she decided to spend more time with her family and started volunteering at the Downtown Food Closet in Palo Alto.

In 2005, Richardson took the reins of Downtown Streets Team, a nonprofit that provides homeless men and women and those at-risk of becoming homeless with housing, work experience, stipends for food and clothes and the opportunity to be part of the community through volunteer work.

The program started with four homeless team members. Today, it has 220 active team members in the Bay Area, and has housed 467 people and found jobs for 363 people.

Martinson, who was diagnosed at the age of 23 with hypertrophic cardiomyopathy, or an enlarged heart, has undergone eight heart surgeries, and is a speech pathologist at the Palo Alto Veteran Affairs Hospital. She has also been a medical contributor to research findings related to traumatic brain injuries.

Racing Hearts has also developed a free crowdsourcing smartphone application to locate and map community AEDs, produced an annual 5K and 10K Heart Race on the Stanford University campus, and pioneered the recent success of California Senate Bill 658, which was signed by Gov. Jerry Brown and made California one of the most progressive states in AED legislation.

Individual tickets and tables of 10 to the Athena Award luncheon can be purchased at paloaltochamber.com.

Well done Stephanie. We are so happy to see your vision and hard work be recognized.

What a proud moment. Congratulations to you and Eileen in this well deserved award.

Singapore's oldest cafe was about to open in Palo Alto. Then, the coronavirus hit.
By Elena Kadvany | 2 comments | 5,834 views

A Pragmatic Approach to A Trillion Trees
By Sherry Listgarten | 4 comments | 4,210 views

Repairing a Disagreement with your Beloved & “Physical” vs. “Social” Distancing
By Chandrama Anderson | 2 comments | 2,900 views

The University of California’s flexible policies during COVID-19
By John Raftrey and Lori McCormick | 6 comments | 2,758 views