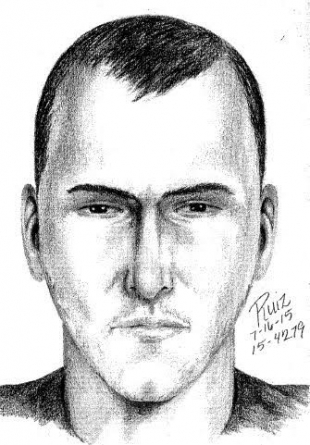 Sketches of the suspects provided by the Palo Alto Police Department.


Does someone need to get killed in one of the downtown garages before the city puts in video cameras?

gsheyner is a registered user.


Thanks for the catch, Jim. Sorry for the error. I fixed it.

Report Objectionable Content
Email Town Square Moderator
10 people like this
Posted by Anonymous
a resident of Another Palo Alto neighborhood
on Jul 17, 2015 at 5:29 pm

Isn't this the parking garage that the Avenidas Senior Center depends upon? Before dark on a Wednesday.

Report Objectionable Content
Email Town Square Moderator
23 people like this
Posted by parent
a resident of Downtown North
on Jul 17, 2015 at 6:11 pm

If the city wants to be more bicycle and pedestrian friendly, we really need to have more police patrolling on bicycle and on foot. They miss alot if they spend all day looking out patrol car windows.

Report Objectionable Content
Email Town Square Moderator
2 people like this
Posted by Incensed
a resident of Southgate
on Jul 17, 2015 at 7:58 pm

Too bad you can't put "cowards " in the description, as in three cowards ganging up on one kid and attacking him from behind.... (also it (inadvertently of course) says "....described by the teenager as a "while" man...:))

Report Objectionable Content
Email Town Square Moderator
11 people like this
Posted by Slow Down
a resident of Community Center
on Jul 17, 2015 at 10:02 pm


@parent - PAPD needs to be in patrol cars because there are only a handful of officers on duty at a time, and they are responsible for ALL of palo alto, not just downtown. It would be a long walk or bike ride from University to the JCC or Gunn. What we really need is a lot more officers, then we could afford more bike/foot patrols downtown, which I agree would be a good idea, and might calm things down.

Report Objectionable Content
Email Town Square Moderator
19 people like this
Posted by mauricio
a resident of Embarcadero Oaks/Leland
on Jul 18, 2015 at 6:23 am


Downtown is become increasingly attractive to the type of scum that attacked this teenager. With urbanization comes the blight, it's always a package deal.