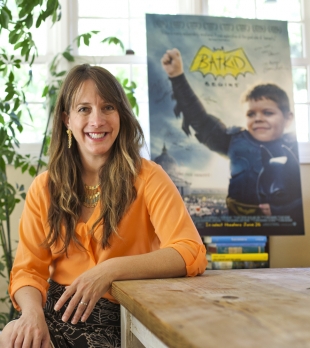 Dana Nachman, documentary filmmaker of "Batkid Begins," was inspired by the way the community came together for one child. Photo by Michelle Le.

Flying: How to lower your impact
By Sherry Listgarten | 7 comments | 1,830 views