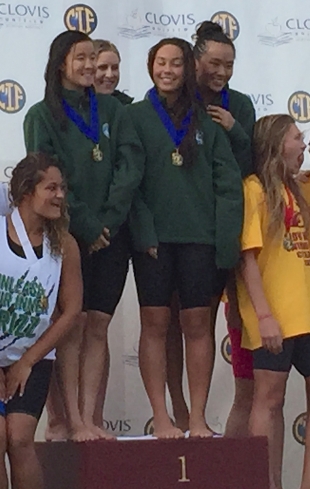 The Palo Alto girls won a state title in the 200 free relay, clocking a school record of 1:33.88 on Saturday at Clovis West High. Photo by Danny Dye.

Peyton Wang was on the relay team for prelims. She helped put the girl's 200 free relay in a good position to win in finals. She was also on the winning CCS relay team.