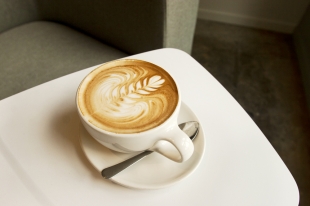 I hope they paid for this advertsiement.

Yes, the coffee is great, but I do not like to be forced to sit outside. If you want to sit inside, you have to pay a fee. Just how long will this last?