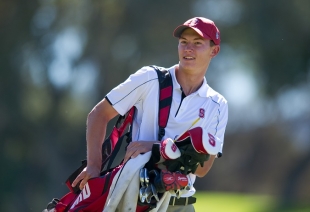 Portola Valley resident Maverick McNealy won his sixth individual title of the season and Stanford was second at the NCAA Chapel Hill Regional on Saturday. Photo by John Todd/isiphotos.com