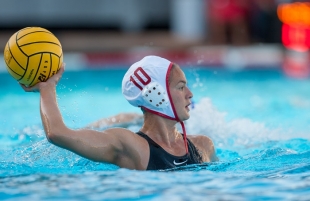 Richly-deserved congratulations to the Stanford women's water polo team whose
dedication and hard, hard work won the NCAA National Championship.
Theirs is indeed a monumental achievement.

Flying: How to lower your impact
By Sherry Listgarten | 6 comments | 1,728 views