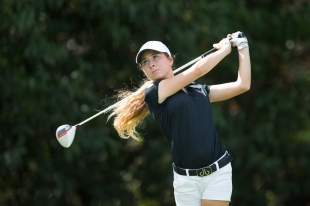 Shannon Aubert shot a 2-under 69 on Friday to move into second place at the NCAA St. George Regional and help Stanford move into second entering Saturday's final round. Photo by Casey Valentine/isiphotos.com