Staying true to its roots 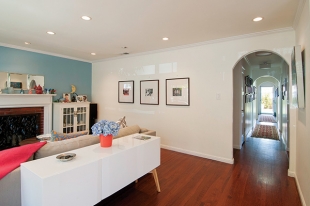 A white enamel Art Deco credenza helps define the space between the living room and entry. Two more arches were added to the corridor leading to the mudroom and backyard. Photo by Dasja Dolan.