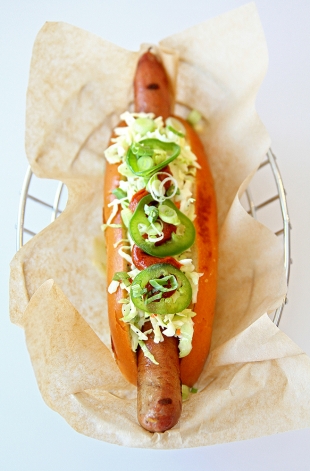 The tasty Texas frankfurter at Chez Franc is laden with jalapeño slaw, scallions and barbecue sauce. Photo by Veronica Weber.