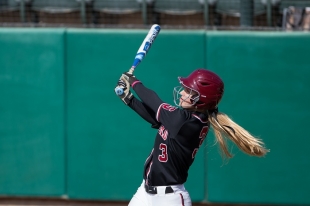 Kayla Bonstrom is hitting .477 with seven homers and 27 RBI for Stanford this season. Photo by Casey Valentine/isiphotos.com

Flying: How to lower your impact
By Sherry Listgarten | 6 comments | 1,755 views