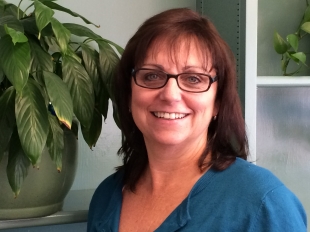 Moving the principals around is a good thing. Couldn't hurt to create a policy that principals shift schools, even districts, ever 3-5 years.

Why? Really, how is moving principals around a good idea? No continuity of leadership. I guess this is the "cookie cutter" approach to education that is so PAUSD. So very very sad for students and families.

Report Objectionable Content
Email Town Square Moderator
5 people like this
Posted by Adobe Meadow parent
a resident of Adobe-Meadow
on Mar 7, 2015 at 8:46 am

Why does PAUSD have to move principals around, I do not understand. Fairmeadow has been a revolving door for the past six years. Eric Goddard moved on to a nice position at Churchill after two years in the driver's seat. Gary Prehn needed 2more yrs 'till retirement, so he got to do these in south Palo Alto, of course. Who knows what Grant Althouse's career plans are? PAUSD, you are not helping our kids here. Our kids deserve continuity in their education, meaning an administrator who can make long term decisions - because he/she is dedicated to a single school's long term success.

Report Objectionable Content
Email Town Square Moderator
18 people like this
Posted by Bob
a resident of Another Palo Alto neighborhood
on Mar 7, 2015 at 1:17 pm

> how is moving principals around a good idea?
> No continuity of leadership

This kind of idea suggests that leadership should be localized at a given school, and that there should be no continuity, or homogeneity of school administration, within the District level. Every school in a district having a unique personality—set in place by the Principal—is a management approach that provides “fiefdoms” for Principals, but it does little to offer Staff, students and parents the combined thinking and practice of the District’s best administrative and educational techniques.

Rotation is a proven technique for allowing an organization to integrate its human assets in a way that tends to avoid stagnation by allow “fresh eyes” to be applied to the organizations various parts, periodically. People become “stale”, and tend to overlook areas within their management purview. By shifting to another part of the organization, the Administrators/Principals are offered new challenges, and new people move into their old positions, giving them a chance to correct areas that their predecessors may well have ignored, or given less priority than should have been given.

The idea that a single Principal should be at a given school for 20+ years certainly offers little hope for promotion for teachers interested in opportunities outside the classroom. These long tenures for Principals forces teachers to switch schools, or leave the District, in order to see advancement. While not everyone wanting to be a Principal will find that opportunity in a given school system, and moving to other Districts is necessary in many cases, having it clear that no advancement is possible would seem to be the strong message for not rotating Principals.

And then there is the obvious problem of Principals being bad managers, over time. Teachers wanting to work under other management are forced to leave either the school, or the District. It makes more sense to rotate Principals so that the bad managers can be identified, and hopefully removed. Teachers who feel trapped are then offered new management at least every 3-5 years.

And lastly, with technology advancing so quickly, it makes sense for Principals to be not only rotated, but put into training programs that increase their awareness of advances in technology as applied to education. Having one or two Principals in these sorts of programs would bring much needed awareness of technology to the management levels of the schools.

The public schools are intended to educate our children—not provide domains, or havens, for teachers and Staff to worry about themselves at the expense of our children and their futures.

As a general rule, rotations increase the health of any organization, and when the organization is healthy, its a better place for everyone to work, and its products will reflect that health--in this case the school environment, and the quality of our children's education.

Report Objectionable Content
Email Town Square Moderator
3 people like this
Posted by Wait and find out
a resident of Midtown
on Mar 7, 2015 at 3:59 pm

Most of the times the reason principals are moved around, most of the times is because parents are complaining about principals not doing their work well and the easiest for the district to deal with the issue is to moved them to other school or to other position, so they can start fresh again. This is one of the reasons Mr. Prengh was not allowed to work for the last two years at Escondido, and rembember the principal at Terman who was very involved at the OCR discrimination based on disability, she was also moved because other parents knew and did not want her there anymore, since no school parents were going to like having her as the new pricipal at their children schools, they had no choice but to fire her or moved her to the school district office. They chost the last one. I am wonder what did Magdalena did this time to not be allowed on the schools anymore. It his clear to me, that she has been found out not being able to deal with parents and students, and that is one of the reasons she is being moved away from kids and parents. Thanks God she is gone, is the best think that could happened to Barron Park. Who knows what other issues are this are these principals and the school district dealing with at this time. I know that there were many complains from the Spanish speaking about Magdalena. I am sure there are mote things that we do not know, but of course they will keep them secret, so it does not look bad for the parents who are getting the rebounds. Rebember Mr. Wilson going back to teach special educationn at Jordan. First we were told he was sick, but later the truth came out? Just wait and see.

Congrats to Mr. Merritt, and wonderful educator with years of experience. Escondido (my old school!) is lucky to have such a talented and gifted leader at the helm! I still remember good old principal Mr. Cunningham - a figure dating back to the very early 1960s - aye a wonderful time before traffic and density of population and all that goes with the latter two!

Report Objectionable Content
Email Town Square Moderator
6 people like this
Posted by Lisa
a resident of Ventura
on Mar 9, 2015 at 8:12 am

This is good. There are reasons shuffles happen - it isn't random or arbitrary. That Anne Brown will now be at Barron Park is wonderful - she is highly regarded and a good choice for the kids there, including the Mexican American kids and their parents. I am glad for this.

Report Objectionable Content
Email Town Square Moderator
2 people like this
Posted by Parent
a resident of Another Palo Alto neighborhood
on Mar 9, 2015 at 11:20 am

"And then there is the obvious problem of Principals being bad managers, over time. "

Juana Briones lost its principal and librarian some years back, and I feel like they both were good people who could have been retained with some professional development, really to the benefit of our district. I wrote that to the board.

Then Cathy Mak put aside like $8 million for professional development. Where did that go?

Tiger Moms put too much pressure on their children.